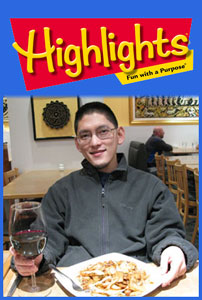 New in 2014, I'll be recording my major and not-so-major events at the end of every month, so future archaeologists can reconstruct my life for the movie version. I'm still irritated that there are two Thanksgivings in recent memory which I cannot remember (even with an assist from the family), and it's possible that I was abducted by aliens in one or both of those years.

Did I miss anything?