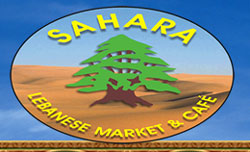 ♠ On Wednesday night, we had a late dinner at a little Lebanese restaurant in Sterling's excuse for a clock tower shopping center called Sahara. It was fairly inexpensive and tasty -- I'm finding that saffron rice is slowly approaching the "like" levels of my usual rice proclivity: a bowl of soy sauce topped with medium-grained white rice. We would definitely go back again.

♠ I started using Yelp to review things at the end of last year, but stopped before too long after reading about all the seedy extortion they're involved in. I'm currently trying to find a successful business model for the URI! Zone that involves extortion, but unfortunately all the embarassing photos of the people I know are already widely distributed. 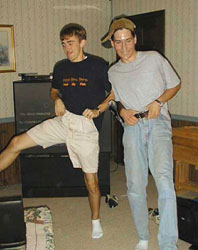 ♠ Contrary to expectations, the URI! Zone does have a sound business model in place: it involves spending $250 a year on hosting and domain registration, and then giving another $20 a year to my mom for winning caption contests.

♠ It's been a while since I had a contest here, so perhaps one will materialize in April. I can't think of any innovative Name That Tune ideas though, so maybe I'll have to have a contest where you identify the tune based on a video of the visualization in Windows Media Player.

♠ Despite having both Windows Media Player and iTunes around, I continue to use a ten-year-old version of WinAMP (v2.7) to play all of my MP3s. I also run AIM 5.1, which is the last version compatible with the free version of DeadAIM for tabbed windows. I hear the newest version has tabbed windows built-in, but no one likes change unless they're a parking meter.

♠ Plans for the weekend used to include vacuuming all the dead spiders out of the shed, weeding, and washing my car, but with the onslaught of party-pooping precipitation, I'll probably just stay in and read the backs of cereal boxes. Someday, I will host poker again, since apparently that fled with the marriage.

I check the breasts of my workers on my own