After that rollercoaster ride of excitement, the rest of the weekend was pretty low-key. Saturday opened with a trip to Costco for critical steak supplies and the chance to walk past Fans Blowing Heat. In the afternoon, I did some work better suited for an electrician and assembled a new-old bed frame in our guest room. We decided to have an impromptu Game Night on Saturday with Rebecca's work people, and ended up playing multiple rounds of Catchphrase and Balderdash before all the married people got tired and had to go home. 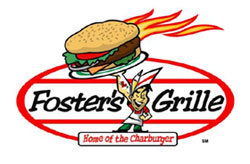 On Sunday morning, I got up early and implemented "security rollup" in my project, which isn't half as interesting or sugary as a fruit rollup, but has more enterprise applications than one. Following Shells and Cheese time at lunch, DVD time, and My Sister is Having a Baby time, we ended up at Foster's Grille in Herndon for dinner. They make a very satisfying charburger which I can still taste a little bit as I type this.

Overall, it wasn't the busiest of weekends, but with 5 of the 8 weekend days in April already booked, I'm sure we'll appreciate the downtime soon!

Father shoots daughter's boyfriend after catching them in the act