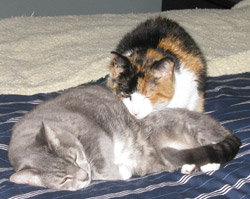 After consecutive weekends of holiday parties and beer clubs, the final one went out like a librarian (quietly and in sensible clothing), most likely because of the fact that the threat of snow always holds the schedules and economy of northern Virginia by the gonads.

After doing a little pre-Spring-Spring-cleaning on Friday, we drove around the corner to get sushi at Golden China, one of several adjective-noun-style restaurants that you'd get delivery from but would never think of stepping inside. The interior of the restaurant was shabby and nearly empty, but the sushi was pretty good, coming from a restaurant of the wrong ethnicity, and had sizable portions that filled us up -- there was so much cream cheese in the Philadelphia rolls that you could have used it as a tube of tasty toothpaste. 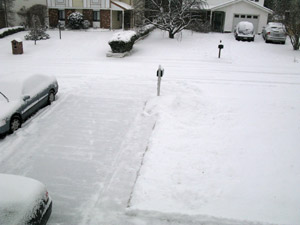 I took a quick trip to Costco pre-snow to stock up on steaks and Kona Brewing Company beers (sadly no Pipeline Porter, though) and then hunkered down at home in expectation of a Weather Experience, which sounds a little like what you might buy from a travel agent if you couldn't afford a real vacation. By the afternoon, we were between 5 and 6 inches, and I rotated my activities between shoveling, doing work-work, and improving the URI! Zone feed to include daily birthdays and poll notifications for all twelve of my subscribers who don't get to see those things in the sidebar.

On Sunday, we drove out to Front Royal to visit with Rebecca's cousin's family, where we ate cookies, played games, and got pounced by giant dogs. They didn't have as much snow out west, which makes about as much sense as a dearth of music majors at JMU, so the trip was much easier than expected.

Today is the first day of February. Have you done your Christmas shopping yet?

State hopes to harness the power of the Three Wolf shirts