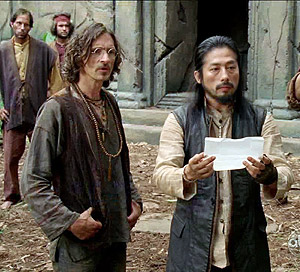 The list of things to review was particularly slim today -- I'm guessing the government-mandated season of buying crap for Christmas is finally winding down.

LOST: Season Six Premiere:
I feel like I've reached the point where I'm waiting for LOST to end, rather than anxiously wanting to see what comes next. This two-hour episode had a decent mix of answers and questions, but wasn't particularly satisfying. It also had one of the same problems as the fifth season -- the introduction of too many new characters that we have no investment in. By the time "Big Trouble in Little China" arrived on screen with his translator, "John Lennon", I was beyond caring. 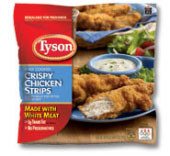 Tyson Crispy Chicken Strips:
We purchased a bag of name-brand chicken on a day when Safeway was out of their tasty store brand. The Tyson strips are incapable of cooking in the microwave without remaining frozen or evaporating into an arid husk of tatters. 15 minutes in the oven makes them slightly softer, but not worth the wait. The only redeeming feature is the crispy breading, but I can make toast on my own. 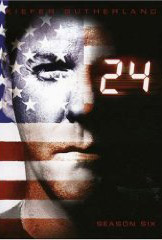 24, Season Six:
Anna and I started watching this season back when Ella was busy being born, and we made it about six episodes in before we lost interest, exacerbated by the lack of a regular viewing schedule. I finally picked it back up a couple weekends ago and finished it off.

The story is what you would expect, and gets a little better towards the middle, but the main crisis wraps up after about 18 episodes, leaving a less-interesting storyline to finish off the season. It would be nice if they'd do a season where Jack spends twenty-four hours lying in bed asleep -- the guy deserves a break.