Stuff in my Drawers Day

It's a simple enough exercise that everyone has to do at some point in school: write a word down the left side of your paper and then use those letters to make new words that describe the original word. It is fitting, then, that I started THANKSGIVING with "turkey", but from there, something may have gone horribly wrong. (1985) 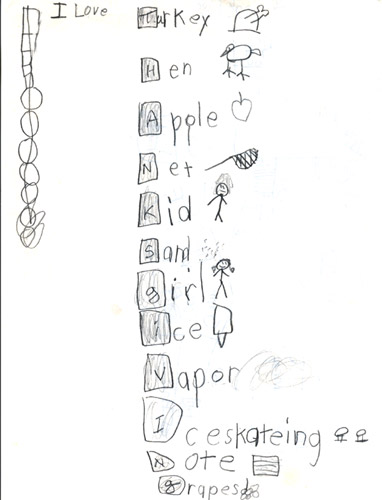 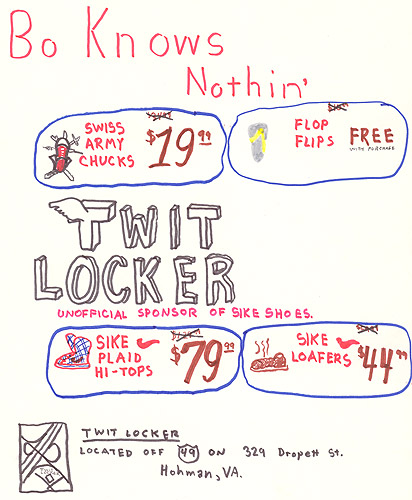 This was a fake advertisement from the 7th grade, one in a series of many (1991). It later won a national contest and was published in the Dec '92 issue of Boy's Life. SIKE. 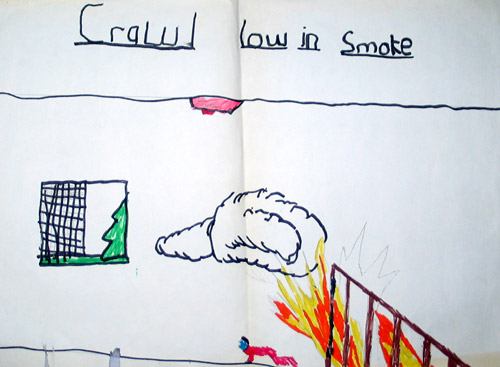 When your face turns blue from smoke inhalation, follow the hallucination of the Michelin Man to the nearest window. This has been a public service announcement from your local fourth grader (1989). 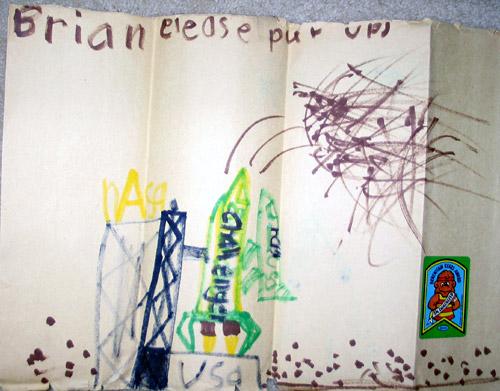 This is a heartwarming rendition of the Challenger shuttle launch

made in 1986. Apparently I liked it so much that I wanted it to be put up on the refrigerator. That Berenstain Bears sticker shows that I was successfully immunized.

Here is a letter I wrote to my parents on our old typewriter (which I was still using as late as 1996 to do college applications the old-fashioned way) in 1985. Note the helpful translations recorded by my Mom in the margin. 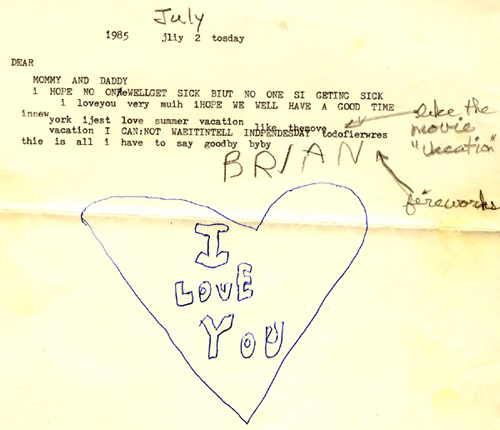 A letter of this caliber only has one appropriate response: 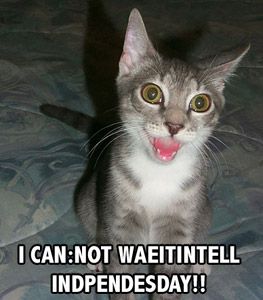 It's a cheeseburger emergency!