English and Social Studies classes were my least favourite classes growing up. Like the eternal battle between Pluto and Neptune vying for the "rock farthest from the Sun" award, the two classes constantly tried to outdo each other on the curriculum-hatred scale. (The worst year was eleventh grade, when they decepticonned the two classes into a two-hour monstrosity called "American Civilization" that you had to take if you were going to a real college). Perhaps it's ironic that I now write daily posts in the English language -- or perhaps it's just lucky that I'm still using the language in spite of the wretchedness of English class. Either way, there really wasn't much to like. 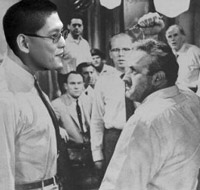 Reading Aloud: In grade school, reading aloud was meant to improve childrens' diction. In junior high, reading aloud meant that the teacher did not make a lesson plan and needed to fill time somehow. We were reading aloud as early as third grade (Mystery Sneakers for life) and I was constantly getting inwardly impatient with the students who obviously were not hooked on phonics, stumbling over "the", "cat", and the space between the words. The Reading Circle provided me with my first taste of multitasking -- I would keep track of where the class was so I could jump in when it was my turn, but I would also skip ahead and read the rest of the story for my own amusement (followed by an intense round of doodling). In eighth grade, I actually had an English teacher who absolutely hated when I read ahead and doodled while the other kids dawdled, so she punished me by forcing me into the role of the "One not-really-angry man" in our reading of Twelve Angry Men. That poor bastard has to say something on every single page of the play.

Vocabulary: Endless drills and quizzes on words that might appear on the SATs (there was a paucity of words that you'd ever actually use in real life). My teachers seemed endlessly obsessed with spelling these words correctly and using them in sentences, never realizing that we promptly forgot the words on a weekly basis, as soon as the quizzes were graded. The only time I liked vocabulary lessons was when I was allowed to draw pictures to illustrate the words 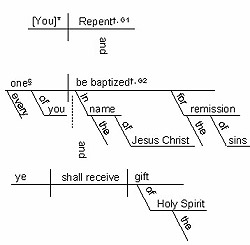 Parts of Speech: In some years, we easily spent three of five days a week learning the difference between an adverb and an adjective, and all the reasons why you shouldn't end a sentence with a preposition (sorry, "all the reasons why you shouldn't end with a preposition a sentence"). The worst was sentence-diagramming, where you had to take all the words in a sentence and create a little tree branch of lines representing each part of speech. My teacher was never amused that all my diagrams had leaves. It boggles my mind to this day that people had trouble figuring out what a gerund was. Mitch Hedberg could probably describe one best, "You just take a noun and then add -ing.". Incidentally, if you take the name of any animal and turn it into a gerund, the result sounds like a risqu? sexual maneuver. I will explain this later, after I'm done giraffing in the bedroom. 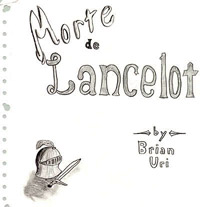 , both of which evolved from more prosaic in-class essay assignments, and both of which stemmed from my frustrations with having to read ancient works of literature and trying to shoehorn them into modern applicability.

Themes: Discovering themes in literature was a ridiculous waste of time. Not everything in life has to have a deeper meaning -- maybe Kane just liked sledding as a kid. Even if you couldn't figure out the theme that the teacher expected, you could usually get by safely with: the affirmation of life, the confirmation of death, love, or the loss of love.

What were your least favourite classes?

How to crack a safe