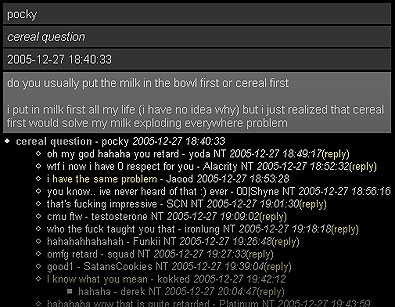 I made a dream come true. And I am not a pervert.

It may have been smarter to leave the flour-filled condoms at school.