This week's Movie Night™ feature was Moulin Rouge, which was a very good and interesting movie. The combination of classical musical sensibilities and pop music had the potential to be horribly campy, but it was very well-executed. The only big flaw in the movie was the singing of Ewan McGregor, who apparently felt that belting out all of the lyrics at the decibel level of a lawnmower would make him more of a heartthrob. Nicole Kidman had a surprisingly good voice though, and helped to temper the edge of Ewan's voice.

My cable is still on the fritz. Comcast seems to have lowered the signal strength so it's no longer strong enough to be split between the TV and my computer. I bought a signal amplifier which acts as a partial solution, but I may just have to sacrifice the double setup.

And February comes to a close. The last day of classes is just seven weeks away, and one of those weeks is Spring Break. I have no big plans for the break; I'll just be staying in town and hopefully doing a lot of composing.

One more month is down for the count. In just two months, I'll be packing up what remains of my meagre belongings and going off in search of affordable housing around the Chantilly area.

My classes did pretty well on the midterm exam. The combined average of all thirty students was 86% and over half of them got an A (90 and above).

In yesterday's news item, I suggested that someone was abusing their vibrato. That was not a typo.

The basketballers capped a perfect record season by losing to Capitol Coin & Diamond, 54-24, last night. Good times were had by all.

Interesting idea for the Arts in Lorton, VA

I never really watched much of this show as a kid. We weren't allowed to touch the TV at the babysitter's, and what normally followed cartoons on the preset channel was the 700 Club and something about Jimmy Swaggart.

The Oscars, Part V of VI

Best performance by an actor in a leading role

Best performance by an actor in a supporting role

The Nominees:
Alec Baldwin in The Cooler
Benicio Del Toro in 21 Grams
Djimon Hounsou in In America
Tim Robbins in Mystic River
Ken Watanabe in The Last Samurai

What will happen?
Ken Watanabe sounds like a leftover from one of the Star Wars movies. Benicio del Toro's face always looks like it was mangled in a freak lawn-mowing accident (in fact, his name translates roughly as "Benicio was hit by a Toro"). Tim Robbins and Alec Baldwin kind of run together, so Djimon Hounsou will get the Oscar, because he appeared on an episode of Alias as Kazari Bomani.

Best performance by an actress in a leading role

The Nominees:
Keisha Castle-Hughes in Whale Rider
Diane Keaton in Something's Gotta Give
Samantha Morton in In America
Charlize Theron in Monster
Naomi Watts in 21 Grams

Best performance by an actress in a supporting role

What will happen?
Many voters will choose Shohreh simply to hear her name butchered by a well-meaning presenter, especially since Marcia's name is far too easy to make into an off-colour joke. However, Renée Zellweger will squeak ahead by a nose and take home the Oscar.

listen to a movement for rosa by mark camphouse, i like beech, guiteau's gun, coca-cola questionnaire sample, caligula fun facts

Don't buy the house with body parts in it

As you can see, the accuracy of my Oscar picks is inversely related to how much effort I put into them. I didn't even watch the Oscars -- I just tuned in for the opening monologue and went to bed.

Regularly scheduled updates will resume tomorrow, as I have to run to the store to stock up on toilet paper and lantern batteries for tonight's snowstorm.

We need these screens around D.C.

According to Delia, the message said, "you need to go back to Mexico you taco-bending whore."

The Chronicles of Narnia: The Lion, the Witch and the Wardrobe
Cinderella Man
Star Wars: Episode III Revenge of the Sith

What will happen?
Star Wars of any kind winning an Oscar would just be terribly, terribly unfortunate. I would probably throw up out of my mouth a lot, and then put it back in my mouth so the throw-up wouldn't be in the same atmosphere as an Oscar-winning Star Wars. With that out of the way, Narnia will beat Cinderella Man, because there's always more makeup in fantasy flicks (even though those kids are funny-looking). What did they do in Cinderella Man besides pretty up all the extras that Russell Crowe threw phones at?

The Nominees:
The Chronicles of Narnia: The Lion, the Witch and the Wardrobe
King Kong
War of the Worlds

What will happen?
Only three nominees? And the best they could do was a lion, an ape, and some aliens? I'm voting for King Kong because the previews for Narnia looked exactly like Lord of the Rings, and there's no one left in New Zealand who hasn't already gotten an Oscar for helping out with those kinds of visual effects. Besides, I hear King Kong had some dinosaurs or something. Any dinosaur effects will lay the groundwork to make the planned Jurassic Park 4 the masterpiece it was always meant to be.

The Nominees:
Good Night, and Good Luck.
Harry Potter and the Goblet of Fire
King Kong
Memoirs of a Geisha
Pride & Prejudice

What will happen?
Initially Good Night to My Period seems like it would be a contender until you realize it's all in black and white, and there hasn't been a classy black and white movie since Memento. Of the remaining movies, I'm going to vote for Memoirs of a Geisha because it's more serious than wizards and apes. I would vote for Pride and Prejudice but if that won, it would just compel more lazy high school teachers to show it in class instead of teaching.

How the Sugar Daddy Makes His Money

After a development cycle more cranked up than an ADHD two-year-old with a caffeine IV, my company released the next major version of the Metadata Registry to the Defense Information Systems Agency and the Department of Defense yesterday, to much cheering and applause. You can browse a few of the unrestricted pages here

, but since most of you are pothead hippies, Russian spies or dirty Canadian socialists, getting an account is not bloody likely. Stupid hippies. 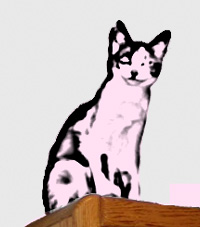 Since my evening was taken up with the installation, followed by some miscellaneous gallivanting in Falls Church, I was unable to write my original update for today: How to make a paper mach? Amber statue. To fill the void, I thought I'd write a public service announcement about why my job is important to the future of mankind1.

Every organization has data of some kind -- inventories, requisitions, or even the details of a particular vehicle. To ensure that everyone in the organization describes these things in the same way, they use metadata which is "data about the data". Metadata can be stored in a language like XML and tells users rules like "every minivan will have four wheels, and can seat four to seven people". By obeying the metadata, Colonel Bob in Omaha can trade his data with Private Poopson2 in the field and be assured that it's compatible.

This works fine within the organization, but over time, different organizations define their data in different ways, resulting in multiple stovepipes which cannot easily interact with other agencies. A simple example of this is the inability of neighbouring police departments to communicate during the 9/11 attacks because there was no standard frequency that could be shared.

This is where the Metadata Registry comes into play to save the world (had The 4400 really returned from the future to save humanity, I bet that building the registry would have been their first act). The Registry acts as a neutral middle ground where different agencies and organizations can publish their metadata. By putting all the metadata here, the Army and Marines might realize they have different definitions of what a tank is and work together to either create a common definition, or understand why there are differences between the two, (or they could duke it out on national television with the loser forced to use the winner's definition, which could be the start of a very lucrative show on FOX). If the Coast Guard suddenly captures a Havana tank on a routine run of the Florida-Cuba circuit but they don't yet have any metadata to describe it, they could just go to the registry and reuse the Army's tank definition. The ultimate goal is to promote reuse of similar metadata so more agencies are on the same page. 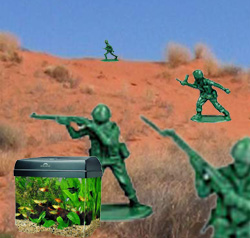 The other puzzle piece of the registry involves taxonomies. The Army and the Baltimore Aquarium might have very different definitions of a tank which have nothing to do with each other. Since it would probably not be cost effective to send two ton glass tanks to Baghdad, a taxonomy can be used to classify the Army tank as a "weapon of moving destruction" and the Aquarium tank as a "big thing to put sharks in".

The mix of metadata and taxonomies work together as a massive information playpen which has often been cited as a crucial piece of the Agency's data strategy, and over time, other agencies like NASA have joined in the fun. In laymen's terms, this translates as "no layoffs for BU".

1: I will only discuss the common knowledge portion of my job. There are no such thing as aliens, and we really did land on the moon.

Sorority kicks out the "socially awkward"

A sheepish house of horrors

No one got #5, 9, or 10. Dan also skipped #7 and guessed the wrong title for #4. Congratulations to the winners! Anna will receive a gift certificate for $10 and Mike and Kathy each get one for $5.

The answers can be found in the table below -- highlight the empty boxes to read the answers. Thanks for playing! 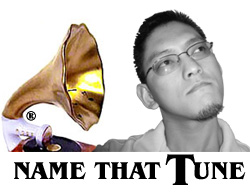 Those were all the entries I received. Looks like someone fibbed in the poll!

Okay, what rhymes with Kyrgyzstan?

I'm down with a headache from last night's thunderstorms, but here is my take-away lesson from this weekend:

It might be surprising that the P.F. Chang's at Dulles Town Centre has a one hour and twenty minute wait for dinner. What's more surprising is the number of people actually sitting around and waiting for a table.

How to make oatmeal... wrong 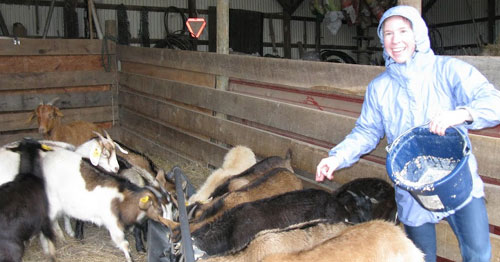 What's on your agenda?

New photos have been added to the new Life, 2013 album. Enjoy! 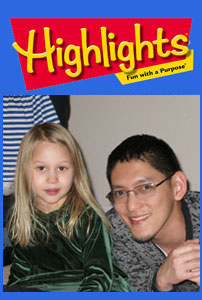 Depending on whether or not I can recuperate sufficiently, we plan on leaving for Oklahoma City this evening for a long weekend! 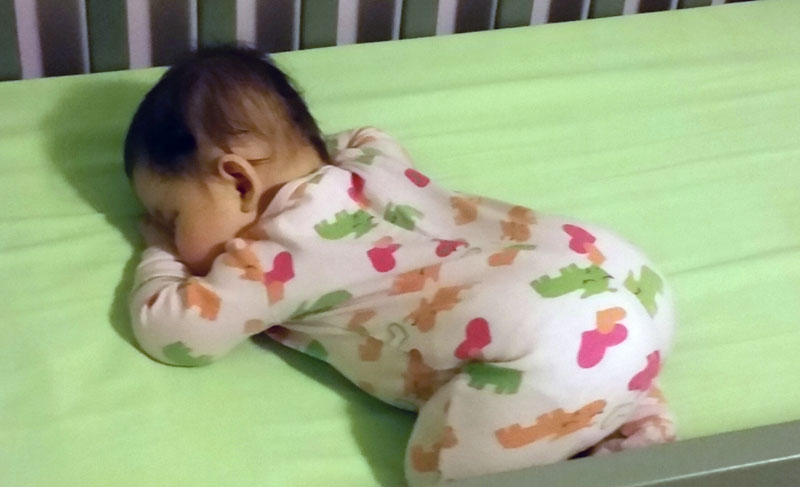 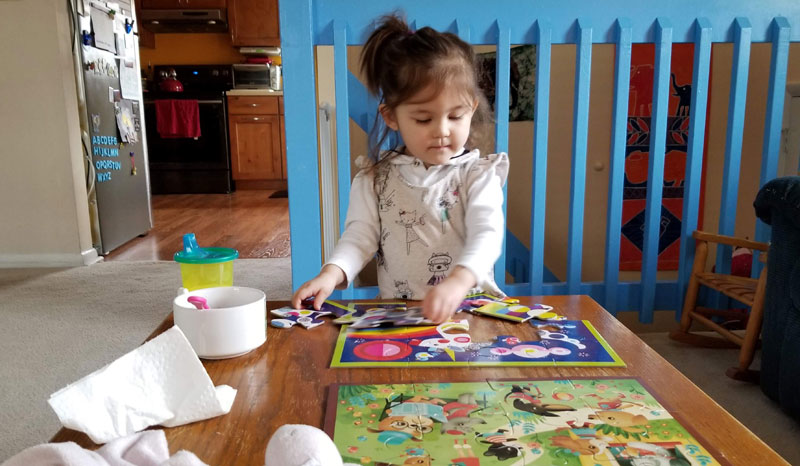 February's Final Grade: B-, Cold without much downtime. 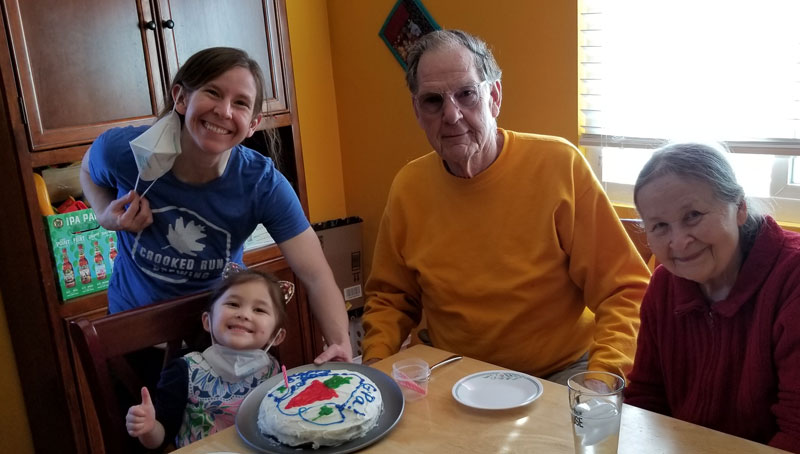 February's Final Grade: C-, Too much sickness and stretched thin.