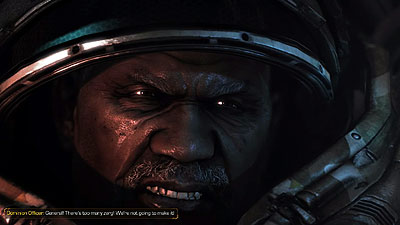 Starcraft II has become the Hobbit of video gaming, strung out into an unnecessary trilogy to net a few extra bucks for Activision Blizzard. I reviewed the first part two years ago and still agree with my review: a fun single-player campaign with an awful multiplayer interface and forgettable storyline.

Starcraft II Part 2: The Serpent Isle Heart of the Swarm was released last Tuesday, surrounded by buzz equating it to Empire Strikes Back. This tells me nothing since I found the entire Star Wars trilogy to be rather dull, but apparently the comparison means that it's a little darker in tone than the first game (and will be followed by some dancing Muppets in part 3). The bottom line up front is that I'm underwhelmed by this $40 expansion pack. And shouldn't the saying be "bottom line at the top", since bottoms and fronts are orthagonal?

For what is essentially a mission pack built upon the original game engine, there's not a lot to show for two years of development. There are over twenty missions ranging from short to moderately short in length, and a handful of overly-hyped Evolution Missions which are really just boring tutorials that let you try out different skills before committing to them. In fact, much of the game felt like a tutorial -- after beating the game in under 20 hours, I felt no inclination to go back and replay anything on a harder difficulty level or to try for one of million achievements. 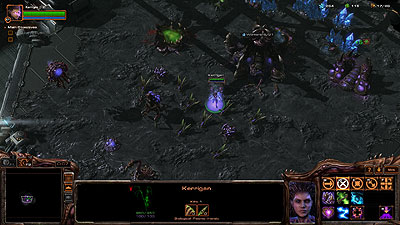 This dispersal of responsibility makes the whole experience very sterile. The individual production values are top-notch: the graphics are amazing, and the storyline shows minor improvement from its previous position at "net negative literary value", but the parts don't make a unified, satisfying whole. The only heart in the game is in the title. I had the same feeling about Diablo III, and now it's apparent that it's a shortcoming of having a huge gaming company and throwing millions of dollars at things without any vision beyond earnings for the fiscal year.

I don't have any thoughts on the multiplayer side of the house because I will never reach a competitive skill level, but I do think that it's ridiculous that basic features like "Exit Game Without Exiting Through Ten Layers of Menus" and "Go Invisible on battle.net" still aren't present after so many years of requests. Blizzard is as naive about their social strategy as Google Plus was. They probably still think that we're in that idyllic age of social media around 2006, when we added hundreds of friends on Facebook simply because we might have seen them in the hall one time in fifth grade.

Save your money and read my old battle reports instead for free entertainment.