Pei Wei is an Asian fusion (fasion) restaurant that serves noodley types of Chinese, Korean, Japanese, Thai, and Vietnamese food. It's mostly lame, because they put metal tip trees on each table with a hanging sample dollar in case you don't get the idea. There's nothing wrong with tipping in general, but you order the food cafeteria-style in this place -- the server brings your food out, walking maybe 10 feet, and then you never see them again. There are plenty of people I would like to tip if I never had to see them again, but none of them work at Pay Way.

"And while you're answering questions, what is bacon beer?" - Mom 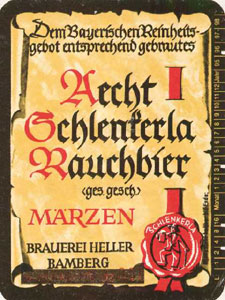 Bacon beer is beer with a hickory smoked taste that leaves a faint aftertaste of bacon in your mouth. When you pair it up with food, the bacon becomes more intense! The Schlenkerla Rauchbier I had on Friday was very dark, but didn't taste like a dark beer at all.

"While you are answering things, how were the pork chops? If they were delicious, will we see another recipe-inspired post?" - Erin

Ferry runs aground with captain stuck in toilet