a tungsten filament of insight

♠ Last night saw the release of DDMSence 1.9.1. This release provides a seamless interface to all of your social networking sites, allowing you to "friend" a Myspace user from Facebook or play Farmville from Linkedin. Actually, I'm kidding. This library has no mainstream crossover appeal at all, not unlike Dennis Kucinich in 2004.

♠ The next release of DDMSence will be 1.10.0, because in the technology world, periods are separators, not decimals. Perhaps I should start working some planned obsolescence into the numbering scheme with DDMSence 2011, or some immediate obsolescence with DDMSence Vista. 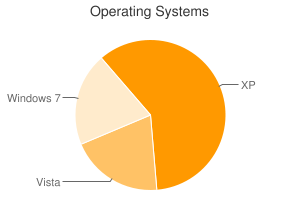 ♠ One in five of the computers in my household still runs Windows Vista, mainly because that's what it came with and I'm too cheap to upgrade. I'm still not completely sold on Windows 7 either. It may be an improvement over Vista, but that's like saying that Honors English in public school is better than normal English in public school -- while that may be true, neither one is going to get your kid into college after he fails the personal essay because his most intensive writing activity growing up was texting.

♠ Cumulatively speaking, I think I'm well under my monthly limit for texts on the phone I got last October -- I'm allowed 250 per month, and have probably sent a total of 40. Perhaps I should donate the remainder each month to a worthy cause, or create an Internet startup that sends fortune cookie messages to your phone.

♠ I don't have any major plans this weekend, and Rebecca will be in Delaware for a bachelorette party. I'll probably preoccupy myself with the mundane, like mowing the lawn and preemptively spraying the backyard with malathion to fight the wave of mosquitoes that should be appearing any day now -- this is the one downside to living adjacent to a forest.