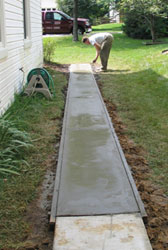 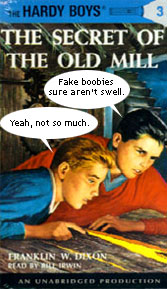 Chelsea Clinton is worth more cows than goats

As part of an annual recertification at work, every employee must take an online course in Business Ethics. Because the denizens of the URI! Zone are a shady bunch, these highlights might be helpful in your own lives.

or "How I stumbled upon the URI! Zone"

Today is Mike's (of Mike's and Chompy's) lucky day, since the number of strange Google searches are increasing exponentially, and leaving enough search terms for more than one Weird Search Day this month!

Under and Alone by William Queen:
Reasonably priced at $6, this was the last Kindle book I read on our Washington-California vacation, and tells the tail of an ATF agent who goes undercover with a criminal biker gang for two years. It's a fast-moving page turner, even though some of the details seem more fictional than true. It also made me look shifty-eyed at all of the California bikers we'd pass daily around Santa Cruz and its environs.

Neti Pot:
I've had some throat and nose congestion problems ever since my bout with strep throat last October, so I thought I'd try out a Neti Pot, which flushes out your sinuses with warm saltwater. It took a few tries to mix the right concentrate that didn't burn like drowning (1 cup warm-to-hot water and 1/4 teaspoon of salt per nostril, erring on the side of hotter and saltier), but I can tell that there are immediate results after flushing: it becomes almost effortless to clear the pressure in my Eustachian tubes. You don't actually get to see any grossness ooze out of your nose, which was kind of disappointing, but your airways definitely feel clearer in the aftermath. I've been using it daily for about two weeks now, so I can't tell if the effects will persist in the long-term. I also think "Neti Pot model" is an inauspicious way to break into the biz.

Puzzle Dimension:
Puzzle Dimension is a turn-based 3D puzzler, where you navigate a ball around a maze collecting flowers so you can activate the exit. The ball is always on the "ground", so as you rotate onto a ramp, the entire world shifts around you (see a gameplay trailer here). The presentation is very nice, with old-fashioned Nintendo style music that refines into live instruments as you collect more and more flowers, and the puzzles get hard very quickly. There isn't much twitch-action, other than the need to hit spacebar to jump over gaps sometimes, but the camera can be a little tricky to maneuver when dealing with the more convoluted worlds.

Still at the Beach Day

I am still at the beach today, but destined to return on Sunday. To date, I've read three 500 page books and started a fourth, although one was really boring so I skipped most of the essays it contained. I haven't done much on the computer, because the Internet connection is DSL, and I can almost get a faster download speed than 0.8 MB/sec via telepathy. I did do the owner a favour by encrypting their open WiFi hotspot to match the settings they thought they had, based on the index card on their fridge -- this is why you always want to rent your beach house to a computer scientist.

If you hadn't heard, Anna and Ben had their third child, Kathryn Joy Ahlbin, on July 25. Since the middle naming scheme is to use words like Faith, Grace, and Joy, we can only hope that they will continue having babies until they run out of positive words and have to dip into less desirable names like Sloth and Greed. Congratulations!

What have you been up to this week?

Friday night was Steak Night, with my already perfect New York recipe augmented by a thin layer of brown sugar. We sat on the back porch and listened to the pleasant sounds of "no bats in the walls of the house" until the mosquitoes ravaged our skin like juice-crazed toddlers in a ball pit full of tator tots. 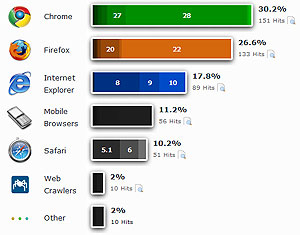 I spent most of Saturday working on the URI! Zone and cleaning out years of coding cruft -- if you are still in the 0.4% of my visitors using IE 6 or 7, you will no longer be getting special treatment. The look and feel of the URI! Zone has not changed dramatically in several years, and this year's update will be more of a blue refinement than overhaul. I also updated my web server to eliminate the rule that prevents people from hotlinking my images for their Myspace profiles (circa 2005) and added a new rule to get rid of the Chinese Baidu searchbot that is obviously searching for defense secrets amidst all of my posts about Alias.

We had dinner out with friends at Page & Brian's on Saturday night, and Rebecca started the "everyone else is pregnant!" phase of life which I passed through a few years ago while she was in her "everyone else is getting married!" phase.

On Sunday morning, my dad helped to reseal the side of the house, where 18 vampire bats had taken up residence earlier in the week. My bat exclusion filter had worked wonders, as no bats had been on the premises for several days. He also brought over the first season of House of Cards, which Rebecca and I spent most of the evening devouring, in addition to wings from Joe's Pizzaria. 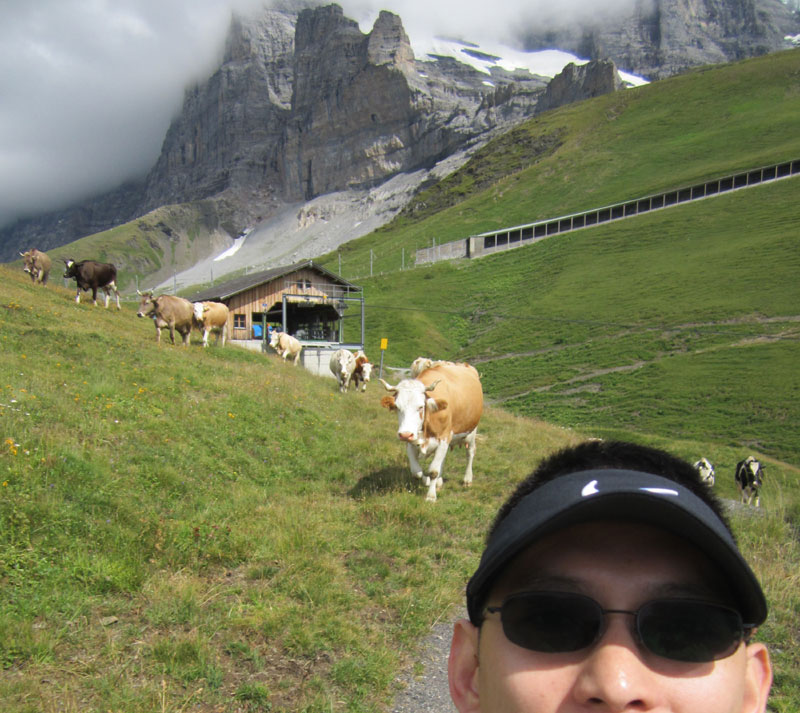 Running with the cows (we were caught in the stampede when the dogs came out to round them up for dinner).

July's Final Grade: B+, way too hot, but a surplus of free time.

We spent the weekend in Pennsylvania in the tiny town of Mill Run.

We drove 180 miles north with Maia on Friday in a reasonably non-annoying trip through Maryland, only stopping twice (once at a rest stop with a playground that Maia completely dissed and once at a Subway in Cumberland). We arrived at a fun farmhouse in the middle of a working farm with cows and friendly dogs. Our friends, Sayak and Elisa, drove in from Columbus, OH shortly after. That evening, we had pasta and salad on the wrap-around porch while watching the lingering fog from an afternoon thunderstorm.

On Saturday, we walked all over Ohiopyle State Park. Maia liked the waterfall and riding in Rebecca's toddler backpack (which she finally fits in). We had lunch at Brenda's Family Restaurant next to our rental house which was forgettable. In the afternoon (following a grocery run to the cleanest Walmart Supercenter in the world) we grilled shrimp and sausage and then took a walk around the farm to look at cows. After Maia went to bed, everyone else played Wingspan, a game that made me think of Cones of Dunshire featuring some delicious-looking miniatures. 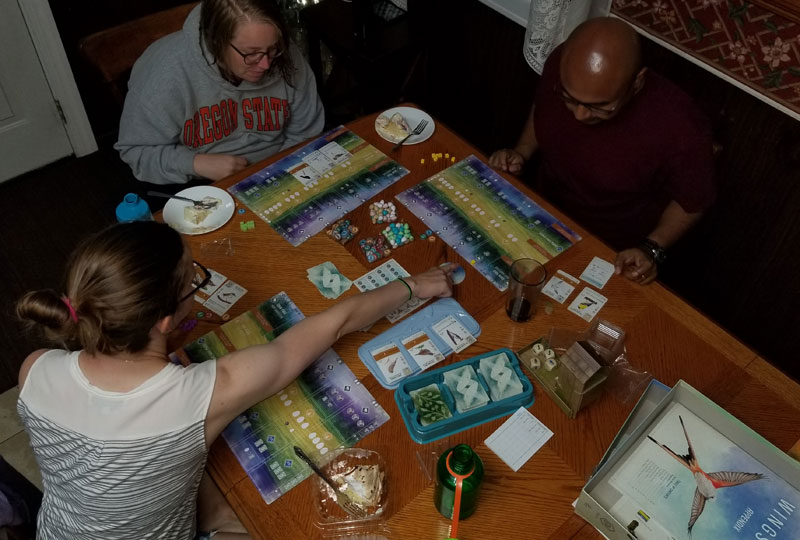 Rebecca and Sayak woke up early for a 4 mile hike at Bear's Run Nature Preserve on Sunday. We spent the morning on the wrap-around porch leisurely reading and enjoying the mountain breezes. Even Maia was pretty chill about being in one place for once, playing with a school bus toy and pretending to be a tea kettle. In the afternoon, I went on Maia nap duty while the others took a tour of the Frank Lloyd Wright house, Fallingwater. We had grilled salmon and s'mores for dinner, accompanied by one of the giant German shepherds, Zeus, and ended the night with a game of poker (Sayak won). 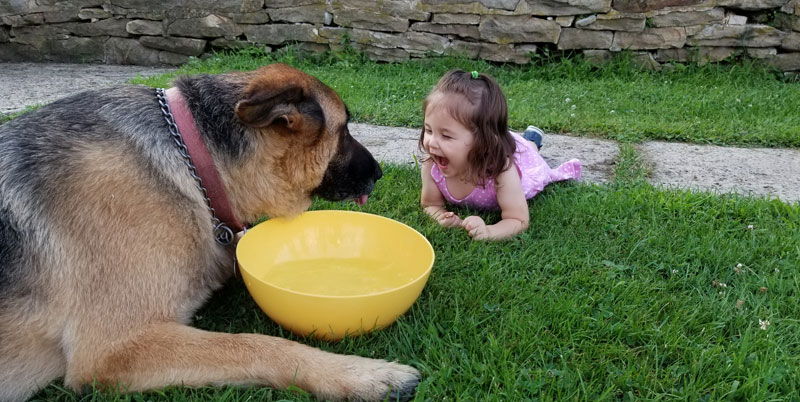 On Monday morning, we went our separate ways and ended up back in hot Virginia around 2 PM, just in time for Maia's nap. 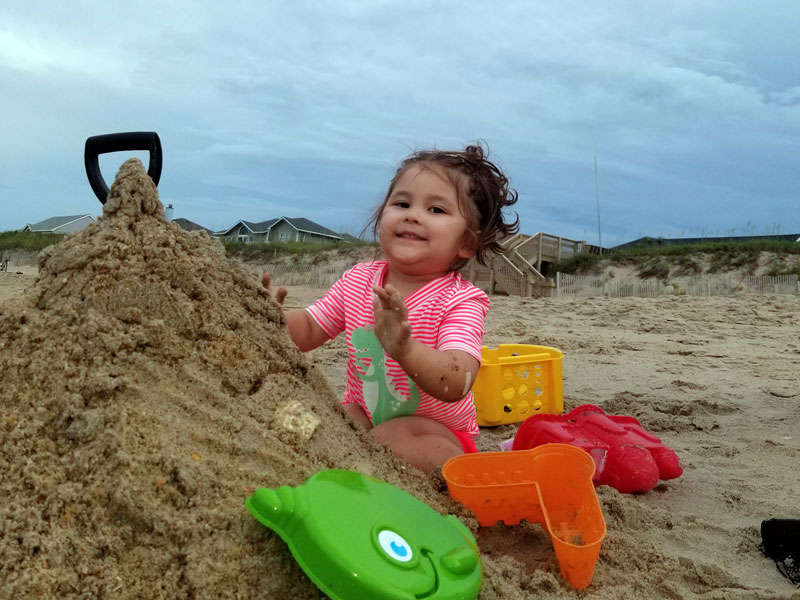 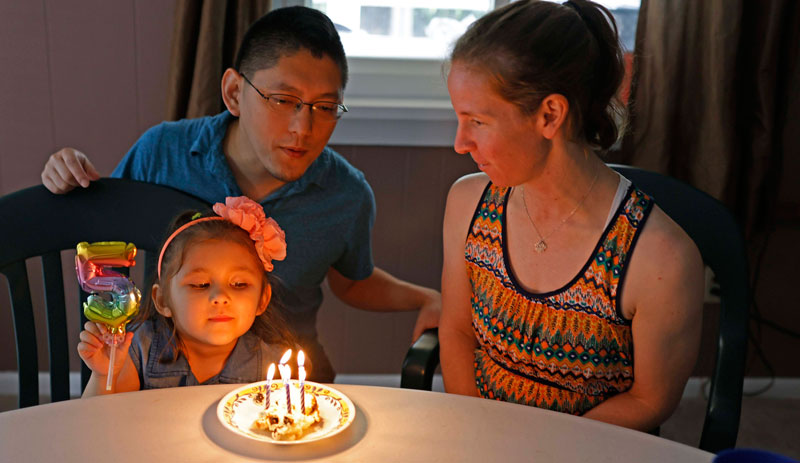 July's Final Grade: B-, lots of heat and sickness without much downtime