After almost two years of cautious living, COVID finally sluiced through our family in February 2022. Maia caught it first in an outbreak at her masked preschool. Ian and I were next, followed a week later by Rebecca. Our cases were mild, a fast fever followed by upper respiratory soreness and congestion. I, myself, never even tested positive in an at-home test. After a couple days of lying on the couch watching The Floor is Lava or playing Dance Dance Mario Mix on our ancient GameCube, Maia was totally back to normal. 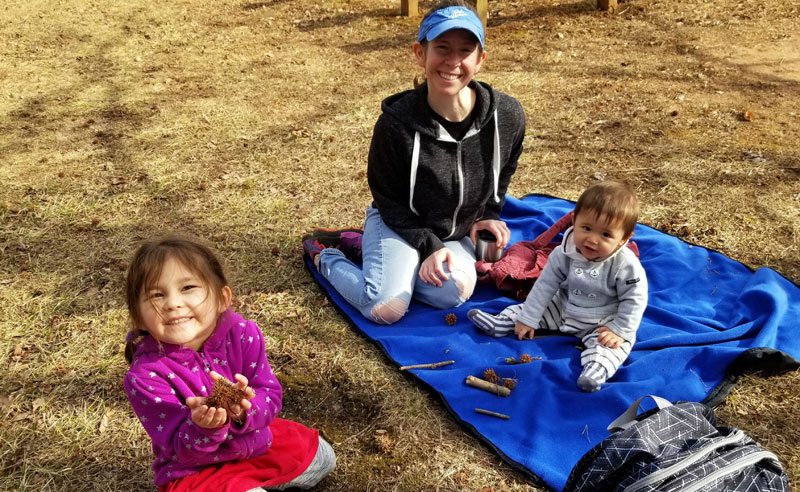 Life after COVID simplified dramatically, not unlike a fraction with even numbers. Maia, the last unprotected family member, showed no long-term symptoms and now had some natural immunity. Meanwhile, the ever mercurial Ian was developing a super fun personality as he learned to walk and reached one year of age. We worried less about keeping him fed, changed, sleeping, and happy and could focus more on sharing his first experiences. It was this spring that we finally felt comfortable saying that we were "done" with pandemic planning -- we still masked indoors based on community spread and gladly followed the rules of stricter friends, but we no longer approached every social gathering with strategic scheming and tiresome mitigations.

Were all of the pandemic measures we chose to follow over the past two years worth it? Speaking solely for myself, an unequivocal yes. This was a novel event that caused over a million deaths and created over two hundred thousand orphans in the United States alone. It revealed systemic problems in our society, like the weaponization of misinformation, the rickety nature of our supply chains, and the unsustainable burdens put on critical jobs like teachers and nurses. I'm a laptop jockey that can make a living wage sitting in the basement writing utter tripe each day -- since I had the privilege of enduring the pandemic without true physical hardship, I felt like I also had the responsibility to act more cautiously for the less fortunate who lacked such flexibility.

We avoided getting sick in those uncertain early periods where hospital capacity was limited and there were more unknowns than knowns. When we finally caught COVID, we were protected from more serious conditions by vaccines developed at a miraculous rate that have not caused any long-term side effects in us or anyone we know. We definitely missed out on a lot more of life than others, but doing so to protect the vulnerable (friends, family, and people we may never even meet) was a fair trade-off for me. (Ironic footnote: The vaccine for four-year-olds was approved just 3 weeks before Maia turned 5). 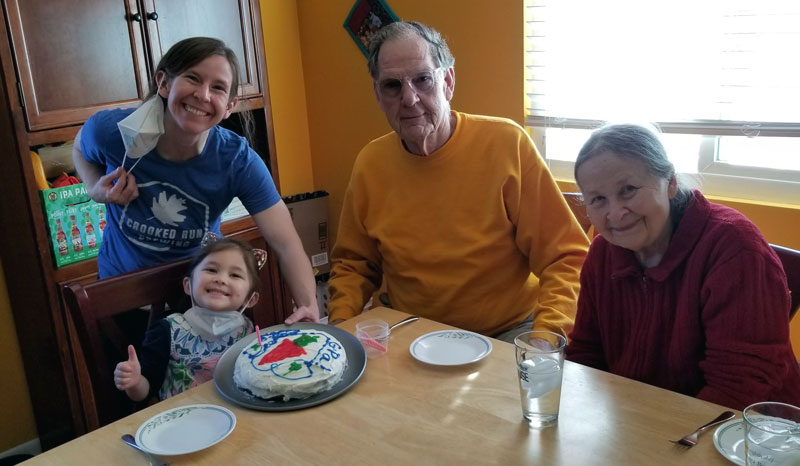 I finally had the energy and clear headspace to recognize and counteract my unhealthy patterns this summer. Over the past two years, I had fallen into a routine where I was figuring out which logistical gates to open to get to the end of the day as easily as possible, rather than truly appreciating the passing hours. I may have gone into survival mode to ride out quarantine life, but I clearly used the raising of an infant as an excuse to stay there.

While it's satisfying to sculpt your past into an "origin story" that justifies your present circumstances, constantly retelling this story just gives you an excuse to avoid the hard work of improving yourself. I was definitely guilty of this evasion tactic as a single guy in search of a scapegoat for why I was single -- it took me far too long to learn that I had to understand and correct my own shortcomings instead of blaming things outside of my control. It's important to use your past as a springboard for growth and change rather than a comfortably uncomfortable jail cell.

Here are three of the changes I'm adopting in hopes of breaking my pandemic bad habits: 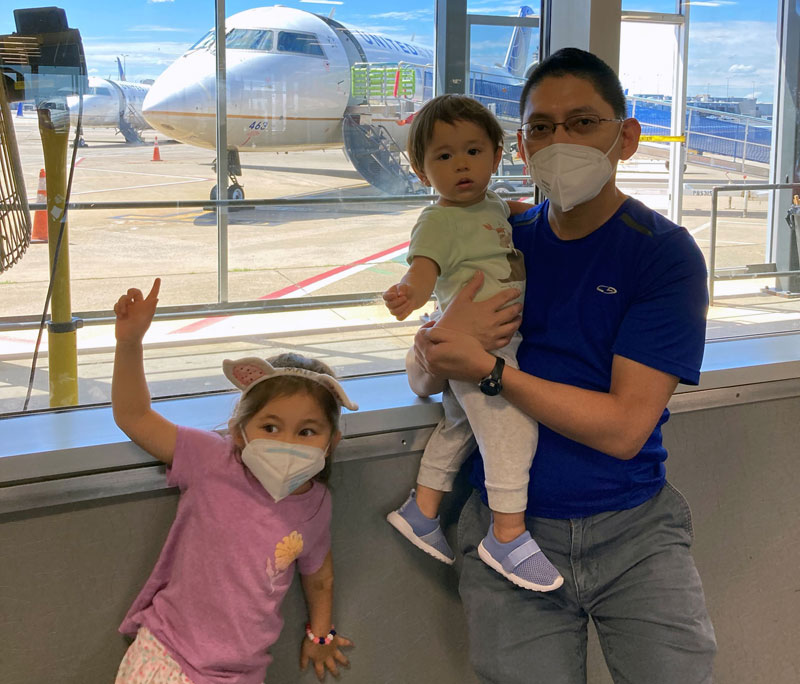 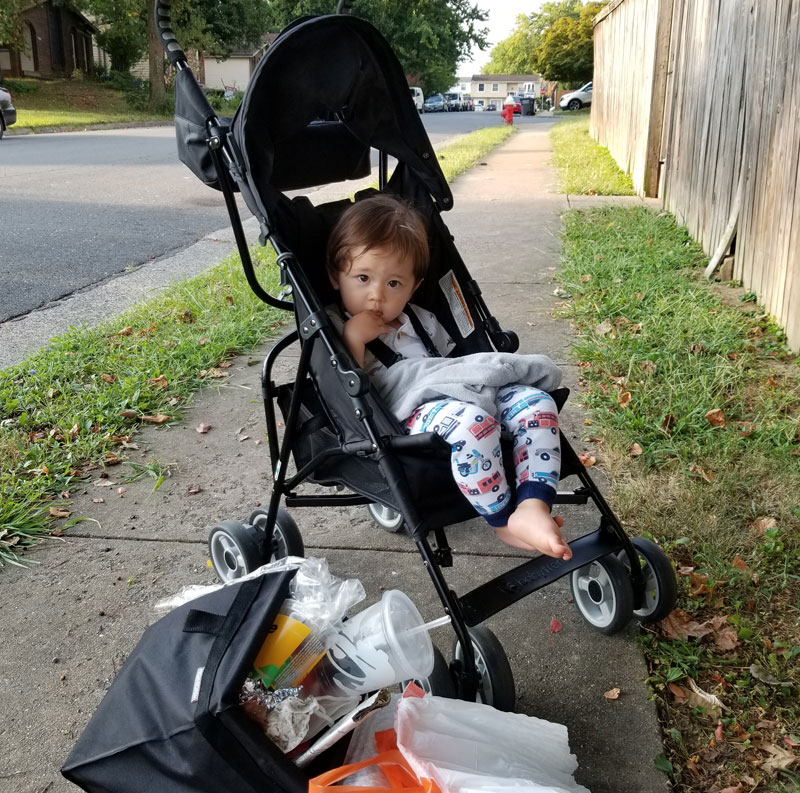 This four-part essay is an anomaly. It's totally off-brand for me to share anything this real about myself. In a social or work setting, I'm usually the quietly competent can of WD-40 that keeps everything running smoothly and makes everyone else around me smarter or funnier. It would have been much easier for me to write nothing at all.

The reason I chose to publish this is my strong belief that, in the face of divisive, isolating social media, it's important for us all to make real connections. Check in with your old friends. Wave at your neighbour in spite of their questionable bumper stickers. Be open and vulnerable within your close circles and allow them the same opportunity. Your engagement doesn't have to be a spectacle, like a Livejournal blog circa 2003 -- it just has to be real. We're all a part of the same world. We aren't designed to thrive antisocially, and we're all a bit better off when we take care of each other. 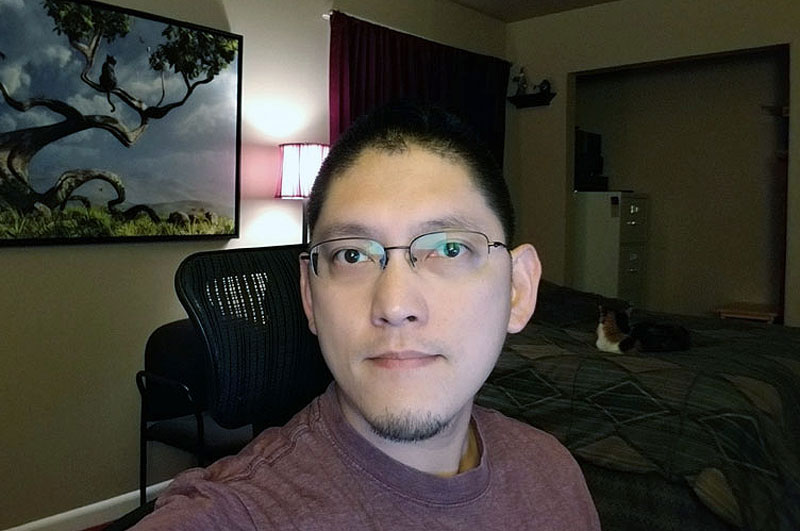