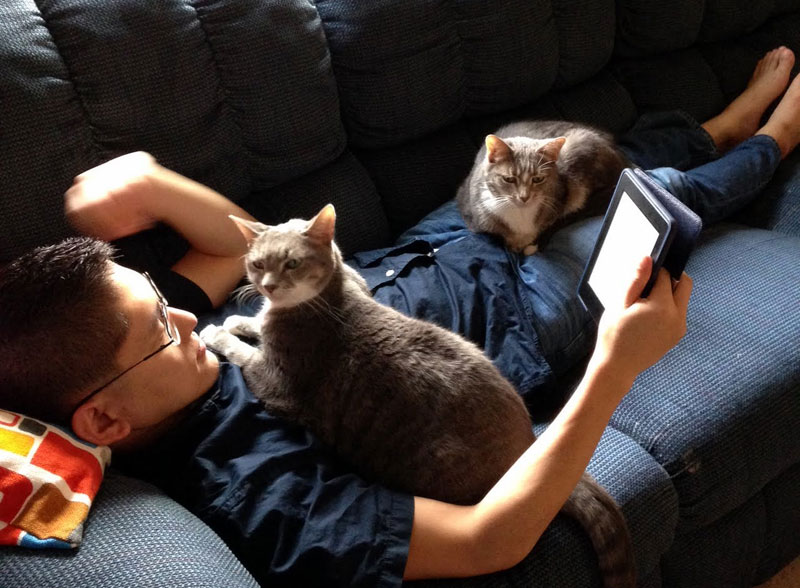 This was the halcyon era, pre-kids, when the afternoon might take an unexpected turn towards the couch resulting in a two hour nap. We had three cats at the time, Booty (who weighed as much as two cats), Sydney (who stayed for a year while her owners moved all over), and Amber (unpictured, scared of the rest). Booty and Sydney hated each other but liked sleeping on people, and this was about as close to each other as they would ever get.

I'm reading Shift, the 2nd book in the Silo trilogy by Hugh Howey. It was okay, but the whole of the trilogy was never quite as good as the first book, Wool. Shown is my brand new Kindle Paperwhite, which is still an excellent e-reader.