This post is delayed because we took a three-night vacation into the country (and when you announce it in advance, hooligans show up at your house and steal stuff). We went to a crazy farmhouse outside of Front Royal. The family was accompanied by my mom and our friends, Car and Jordan. 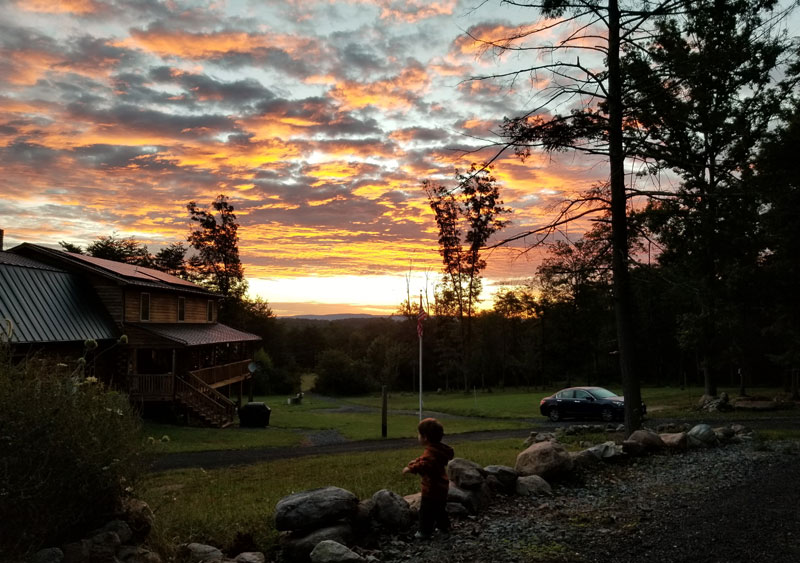 We tried to have Ian sleep in the giant cedar closet because it was so dark but he hated it, waking up twice a night. This sunrise picture is from the first full day, when he was fully awake by 6 AM. There is an outtake version of this picture where he faceplanted on the driveway. He fell over a lot this weekend and his face is currently covered in tiny purple bruises. 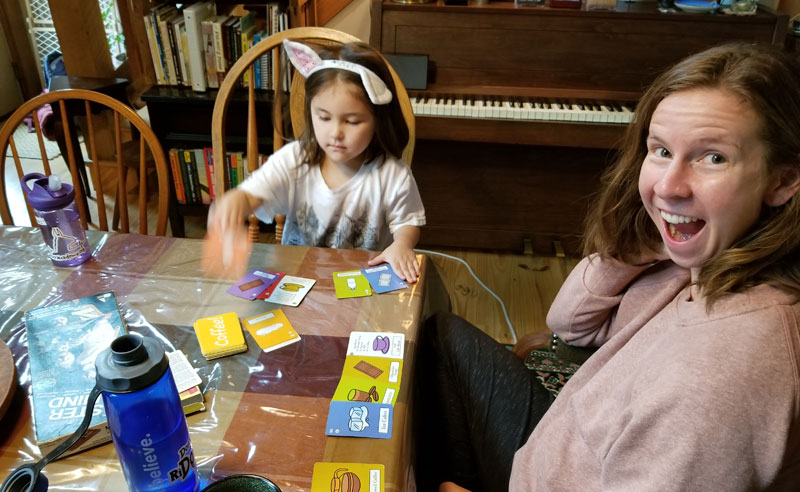 Every room was chock-full of tchotchkes to the point where some rooms were toddler hazards. Maia and Rebecca played a game about making coffee, and also Monopoly Junior, which has a much better ruleset than normal Monopoly. For one, each game ends in about 20 minutes. 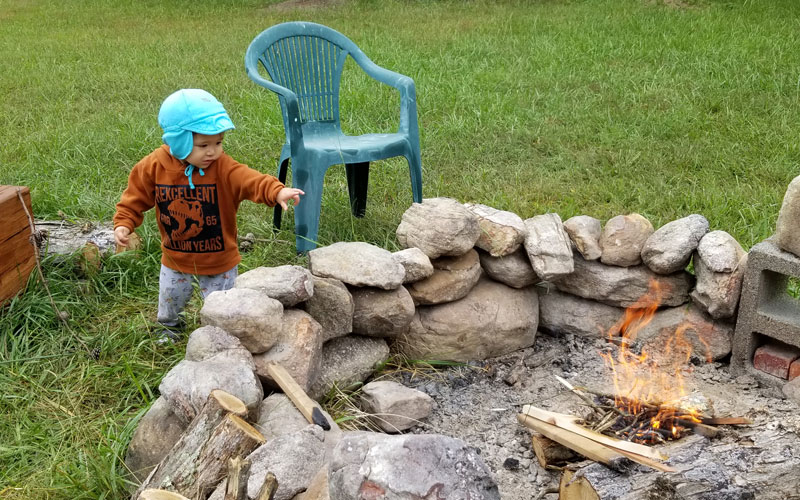 Ian started this fire WITH HIS BRAIN. 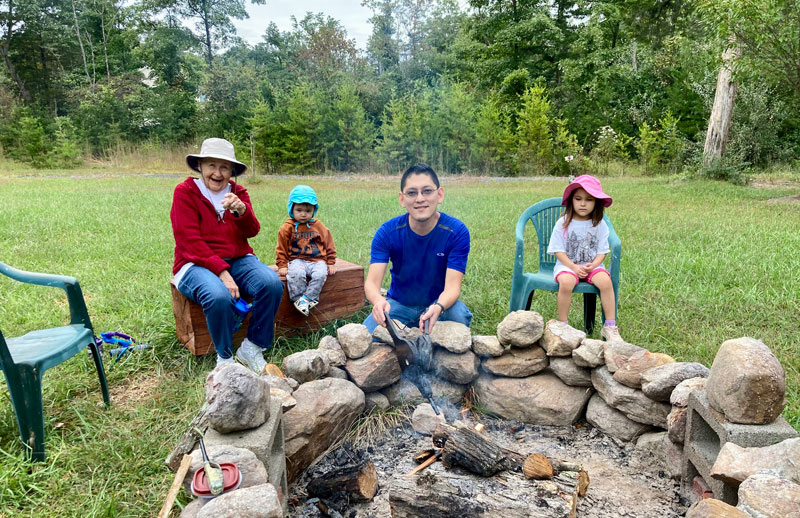 We made morning s'mores on this fire and then scrounged up a grate and two lengths of rebar to grill artisanal sandwiches. 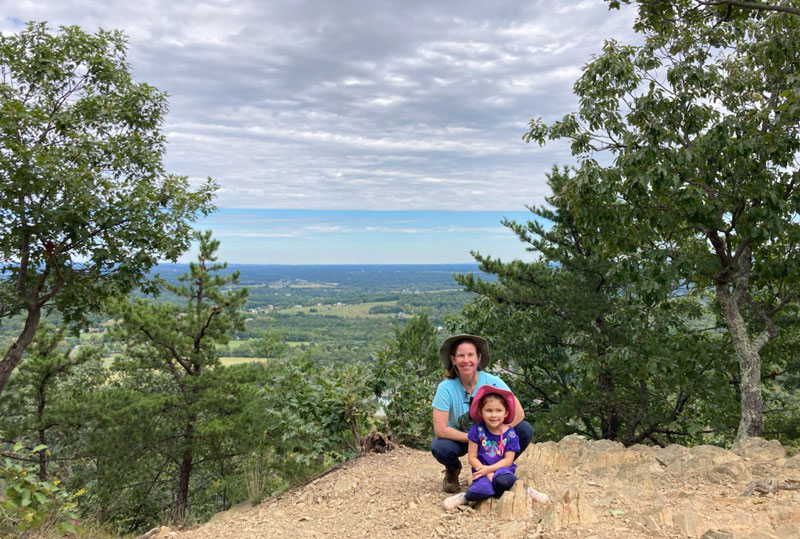 We also found a way to get on the Massanutten Trail directly from the property to avoid crowded parking lots. Maia made it to her first overlook (Passage Creek) and only had to be carried down for a short distance.