I presume that my pandemic origin story is similar to that of many other privileged Northern Virginia residents with a comfortable middle-class life. I kept tabs on the early warnings in January while believing that COVID-19 would have zero impact on me personally, just like SARS and the bird flu pandemic long ago. I was annoyed in February when I needed masks for a dusty under-the-house construction project and they were all marked up at a premium. In early March, Maia and I had our final weekly father-daughter dinner at Fire Works Pizza, which ended with total strangers at Cascades Overlook freely sharing used marshmallow roasting sticks to make s'mores around the fire. It was superbly normal even while global tension was growing like boiling water around a frog. 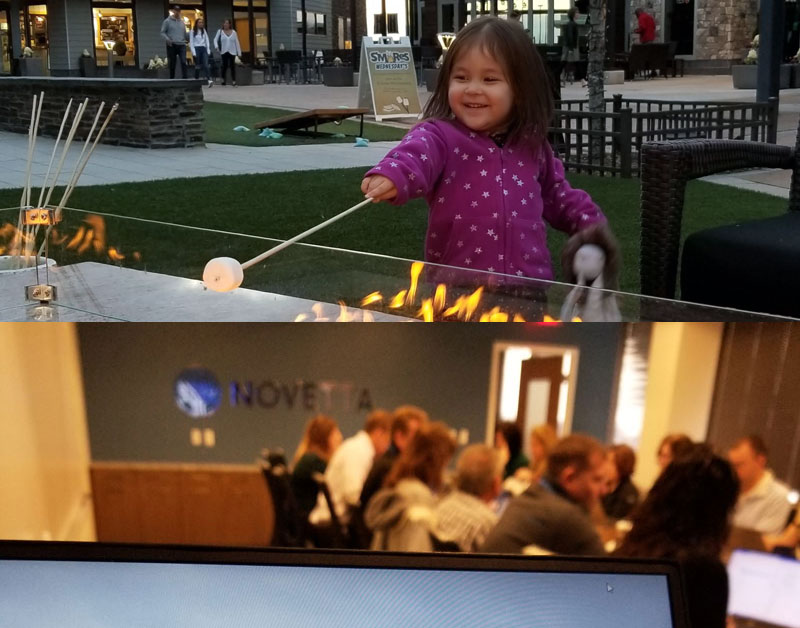 On March 12th, I was in the office for my weekly meeting and, for the first time, felt a little uneasy about everyone's close proximity. I always sat along the edge of the meeting room anyhow since I rarely had an important speaking role, but the menacing undercurrent of the news by then made me decide to stop office visits for just a couple weeks.

Our offices shut down the very next day, rendering my decision moot. That morning, I went to Costco for St. Patrick's Day corned beef to find a line wrapped around the building and overseen by Loudoun County Sheriffs. This was when it sank in that what was coming was not a drill. (Tragic conclusion to the corned beef tangent: I snagged the last two corned beef packages from our disheveled Safeway and, of course, one was rancid when I opened it and the other tasted like a Teva sandal).

The next few weeks were characterized by unease (never fear) about what we didn't know as we tried to figure out how to keep everyone safe. I remember hitting the grocery store in a mask and rubber gloves right as it opened at 5 AM to avoid as many people as possible. I remember being the subject of heated glares or nervous avoidance from older white patrons -- reactions that I had never before experienced as a Korean in Virginia. I remember diligently tailoring the available CDC guidance to our risk profile as a family with a toddler and four older parents: I did mask regularly, but I wiped our groceries down exactly one time before dismissing it as too much effort. (I always saw "one-way aisles" as useless theatrics, like having to take your Kindle out of your carry-on at the airport).

An early relationship discord in the pandemic was a mismatch in how much Rebecca and I wanted to alter our behaviours to avoid catching or spreading COVID-19. Our circle of friends had widely varying levels of YOLO, with some changing nothing about their day-to-day life and others avoiding emailing in case the virus could turn into an attachment. (If this were a scale from 0 to 100, I was probably a 75 and Rebecca was a 45). As someone who essentially freebases the Internet at all times through an IV, I felt like I had a better grasp of the global scope of what we were facing, while Rebecca had stronger firsthand knowledge of how the virus was spreading within our community. With continued, sometimes tense, communication and sharing of news sources, we worked towards a unified front (somewhere around 60) for the rest of the year. 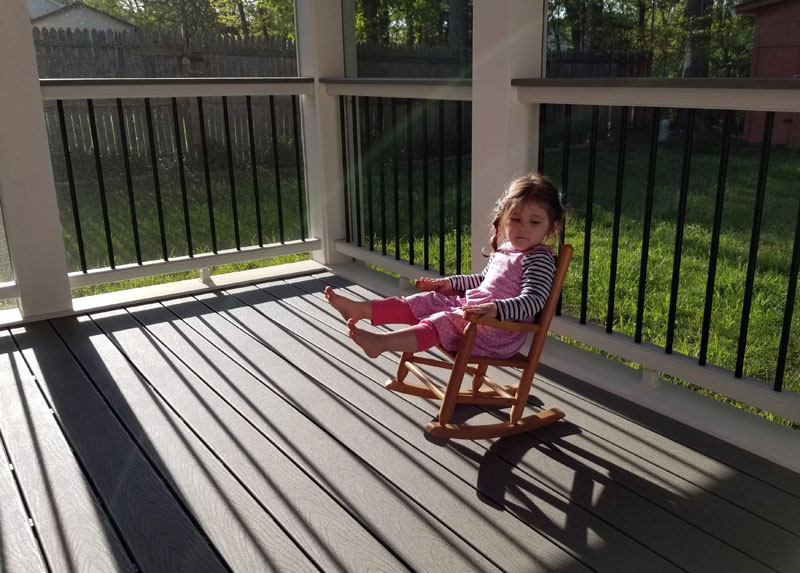 Life continued and we slowly adapted. With Maia's Just for Twos program at the local community center shut down, we juggled legitimate worries about stunting her ability to socialize with more selfish worries about having to entertain her ourselves all day long. Life became an ongoing cycle of "doing things until they're worn out". We took a few big trips away from home (Hopkins Ordinary in Sperryville, Weather Lea Farm in Lovettsville, and a beach house in the Outer Banks) before realizing that travel was just a cat-and-mouse game of avoiding risky conditions until we could shelter in-place in a slightly nicer locale than our house. We reconnected with old friends and joined the Jackbox Games craze for about two weeks until everyone in the world got tired of being on Zoom. Most frightening of all, we ordered metric tons of food from local restaurants until we actually reached the point where restaurant food was no longer exciting or enticing.

It wasn't all bad. I secretly left a bag of limes on the porch of a friend bemoaning the bareness of their mixed drink shelf. I finished a decade-long effort to write a comprehensive wiki for a lesser-known fantasy book series and worked with the author to overhaul her website that hadn't been renovated since SARS was a hot topic. We started getting (and continue to get) groceries delivered from Giant, mourning only when the order of 50 pork sausages gets substituted with 50 beef sausages which no one in the family can even pretend to like. Maia watched Frozen for the first time and the next five thousand times. We received the board game, Patchwork, as a gift and played it ad nauseum until we were finally able to fill the entire game board with quilt patches.

We made a quarantine pod with our local friends who had a slightly stricter risk profile than we did and, by 2021, had gotten their kids hooked on Legend of Zelda: Breath of the Wild. We continued to reach out to friends and family for socially-responsible visits, either eight feet apart on our new screen porch (which luckily finished construction in March) or in the basement with masks on and windows open. We will never know for sure whether our efforts at COVID-19 prevention were of any value -- there are no visible counters to show us how many people avoided getting sick because of us -- so we'll never truly know if it was worth it. However, I feel like we did the best we could with the knowledge we had as science frantically tried to carve out the optimal path. 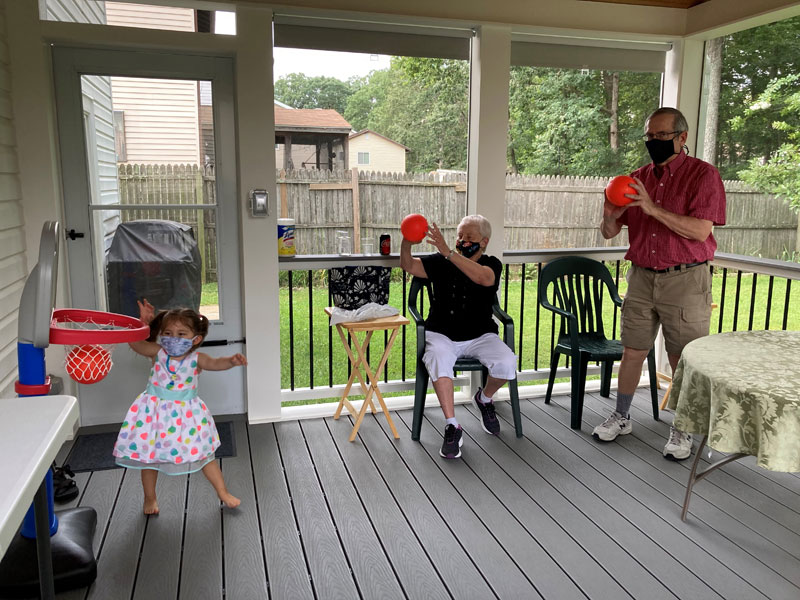 The switch to 100% remote work didn't really affect me because I had been advocating for and trending towards fully remote work for my entire career. (In 2004, one of my earliest performance managers told me that I needed to be in the office more so the bosses would know that I was productive and sign off on my promotions). However, it was a dramatic change to be at home and ALWAYS surrounded by my family. I had no commute to unwind in and my social energy drained faster than the quality of the final season of LOST. As an introvert, this pushed me into a weird survival mode where I was constantly socially overloaded and did whatever I could to reach the end of the day.

In retrospect, my foundational failing was treating the pandemic as a temporary sprint without pacing myself and reserving energy to continue growing as a person if it should last longer than expected. As the months piled up, my social receptors shut down. I found it very difficult to retain new information and would often forget stories told by friends or conflate them with stories from completely different people. I never knew what day it was, beyond weekday or weekend. I struggled to engage with people, even my immediate family, and would often run the clock out on individual days by focusing on heavily logistical tasks: washing dishes in the sink, picking up toys around the house, or moving Maia towards bedtime so I could finally, gratefully, sit still, quietly without listening or talking. I was constantly justifying the need to get to tomorrow by robbing myself of the ability to enjoy today. 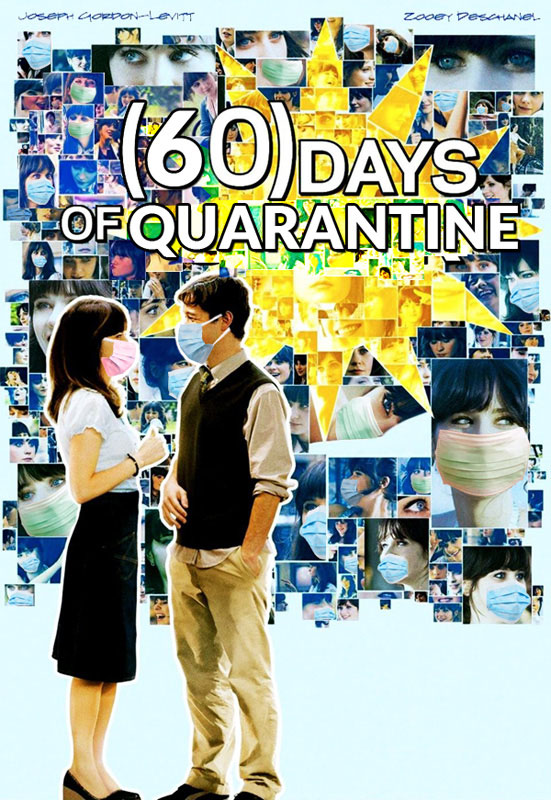