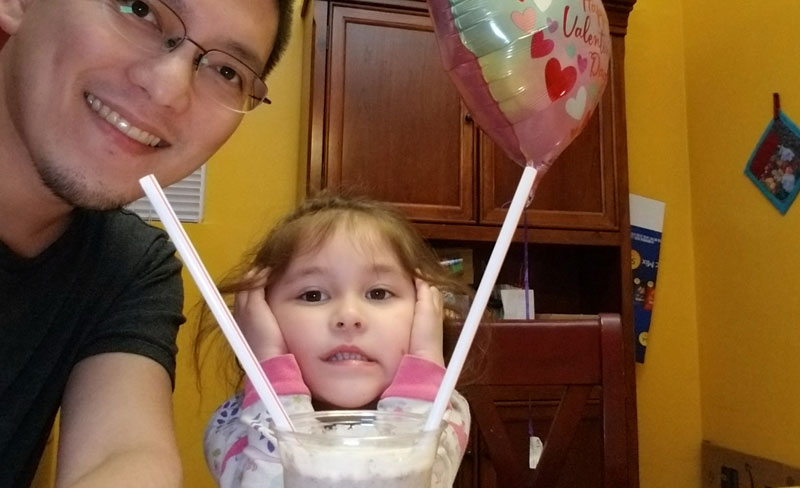 Maia is solidly in the four-and-a-half year age range. She has been going to Kids Under Construction preschool since last September and loves it. (She sometimes tells us when one of her classmates acts out, but she likes to note that SHE has never had a time-out there). She's learning a lot of things I didn't learn until kindergarten, although she's also started incorporating the dreaded "like" as a pause word when she's talking.

Her latest passion is to make signs and books by copying the words out of existing books. She wanted to have a bunny yard sale in her room, so she recalled the specific Berenstain Bears book with a Yard Sale sign in it and copied it down. Her letters are legible, which is more than I can say for my own handwriting up through high school.

She still regularly tries to come up with jokes, mostly focused around rhyming words, and took a list of Jokes to school in the class' Alphabet Bag for the letter J. One of her more successful jokes:

Q: What do you call broccoli touching an electric cord?
A: A shockolli!

One of her less successful jokes:

Q: Why did the hook run away from the fish?
(Why?)
A: Because the hook was scared of the fish!
(Why?)
That's the question! 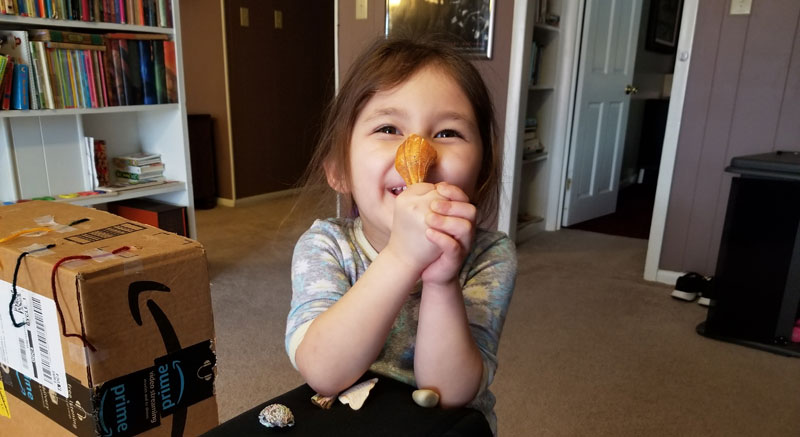 She also likes saying the word "my" with an exaggerated Southern accent, like "I'm just doing mah thing!" or "Watch out for mah butt!"

Maia remembers everything, and will recall random topics from long ago when triggered by other things we're discussing. Answering every single question she's ever asked has paid off and her skills of deduction are greatly improved. At 4, for example, if we arrived somewhere and I said, "No one's here yet!", she might reason, "Maybe they haven't gotten here yet." Now, she might say, "Maybe there was traffic and they are late."

TV time remains low. She liked The Floor is Lava on Netflix briefly although the show got old pretty quickly. She liked figure skating in the Winter Olympics for short bursts of time. Otherwise she just watches both Frozen movies cyclically, trying to learn more lyrics each time. She'll play Khan Academy Kids on the iPad or Mario Kart 8 on the Switch a couple times a month, but is usually more interested in a physical activity like games or crafts. 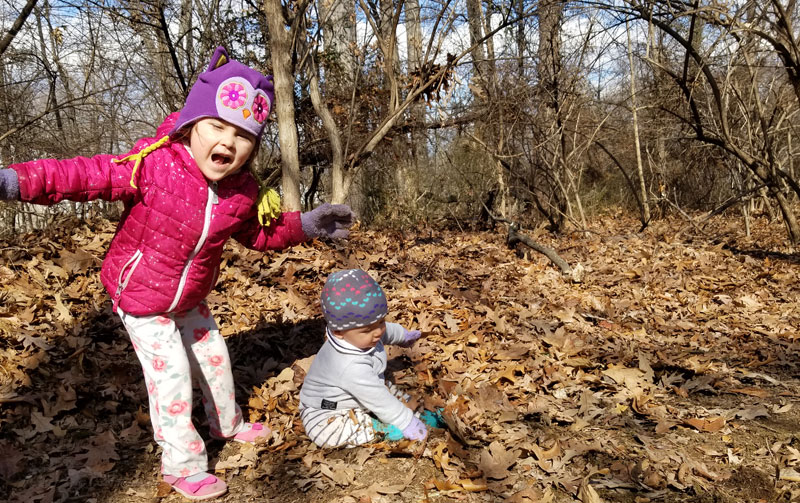