This weekend was the annual holiday party at work. Not content with taking over the American History museum last year, they rented out an entire night club this time around. Each floor was a different set of attractions, including a live band, a dance DJ, a casino floor, and door prizes (of which we won zero). Food was tapas style and plentiful, although the lack of many tables probably contributed to the fact that I didn't eat much. 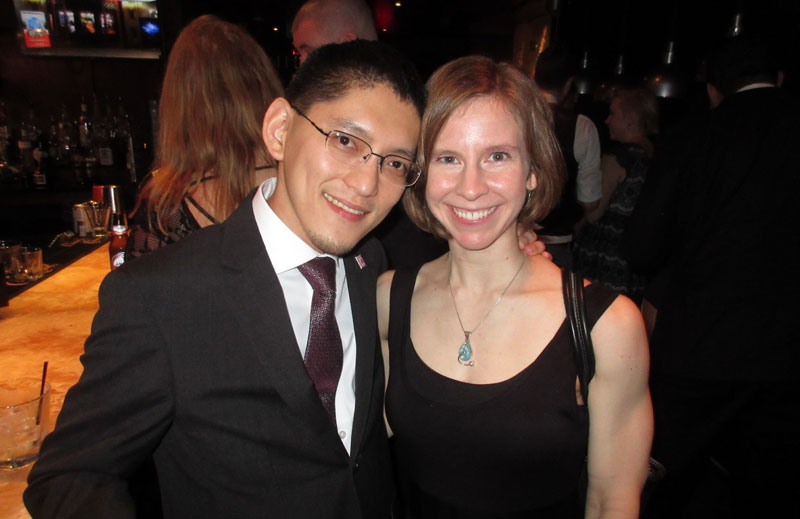 There were also some flourishes of questionable fiscal responsibility, like the 3D animation of "typical engineers working in a night club" looping on TV screens, or the actors hired as Lady Gaga and George Clooney lookalikes. We had a good time overall, although the company is now large enough that I barely know a quarter of the people that showed up.

The venue started forcibly pushing us out the door around 10:45 to make room for the paying customers to follow. Rather than walk four blocks in the rain to an after party, we simply returned to the hotel across the street and crashed for the evening.

On Sunday morning, we had a quiet hotel breakfast that included a giant buffet bar of applewood bacon, and then returned to Sterling to feed hungry cats. I spent the rest of the day lying around with cats while Rebecca continued her yoga teacher training odyssey.