December 2015 was a particularly relaxing month for me, especially since I've been off of work since Friday the 11th. Because Thanksgiving was hectic with proposal stuff at work, I took an extended Christmas break to get under the "use or lose" cap on leave. Of course within my tech career, I have the first world problem of still having 3.75 weeks of leave in the bank as 2016 rolls in. 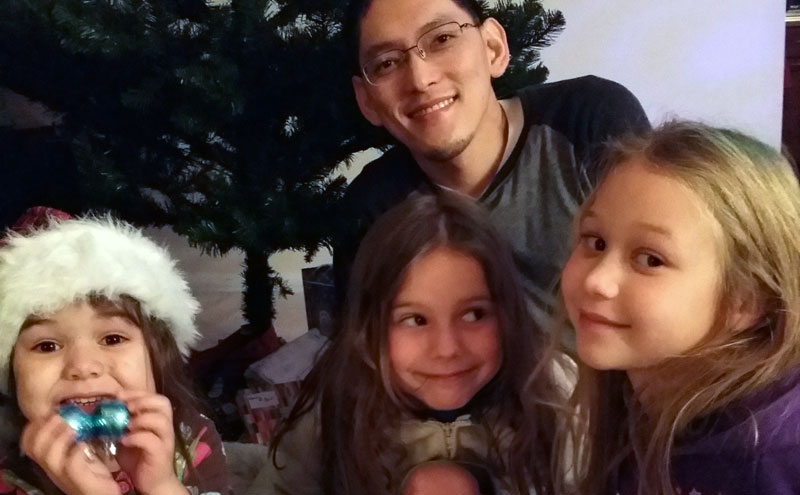 After kicking things off in high gear with a Holiday Potluck and a fun trip up to Rhode Island, I still had two weeks of leave left. The first week, I spent recovering from a Rhode Island bug, pre-writing most of my blog posts, and reading and viewing lots of decent-to-great books, movies, and shows.

On Christmas Eve, I picked up two growlers of a Belgian Specialty Ale from Old Ox Brewery and we toured the local, famous Christmas lights on Juniper Avenue. The experience was a little incongruous, as the temperature was up around 70 degrees (I wore short sleeves), and most people were opting for a drive-by experience with air conditioners operating at full force. We then did an annual watching of Love Actually (which is about the only Christmas movie I can tolerate anymore) and Rebecca made it two full hours in before falling asleep!

We had two Christmases, one with Rebecca's mom's family out in Linden, and the other on the following day with Rebecca's dad and stepmom in Falls Church. My parents were up north making their own pilgrimage to Rhode Island, so they missed out on our company and the small stack of presents still under our tree.

For the final week of my vacation, I did absolutely nothing beyond playing Fallout 4 and watching Better Call Saul. We rang in the New Year at a party thrown by one of Rebecca's yoga friends, Michelle, near Lake Anne and are now off to our favourite B&B in Sperryville for a quick overnight trip.

So all in all, it was a successful end to the year 2015. I am now at the point where I have lost most of my programming skills, although I did check work email three times and did two code reviews on GitHub. Of particular note, this is the first year in decades where I didn't have a single migraine headache -- though root causes are difficult to pinpoint, the main delta in my life is an increase in craft beer consumption since 2012.

A final batch of new photos have been added to the Life, 2015 album.