"Do you ever regret your career choice? If you could start another career, what would it be? For instance, I once had a job offer to sing in a nightclub after I auditioned at a radio station many years ago; I chose instead to work in IT for the US Government. I don't exactly regret my choice, but sometimes I think about the road not taken'." - Mom

I'm 100% satisfied with the career I ended up in. I'm good at what I do, and my job grants me the flexibility and stability to pursue any sorts of ridiculous enrichment projects I want in my spare time. My career also evolves at a manageable but continuous pace so there's always something new to learn. I knew in grad school that I would not have thrived in music academia, and have no regrets about dropping out of music school after the master's degree. Looking back even further to primary education dreams:

"Will do a Review Day except with your friends? We are (mostly, I think) tough enough to withstand your grades and excoriating commentary." - Mike (and Ghost Chompy) 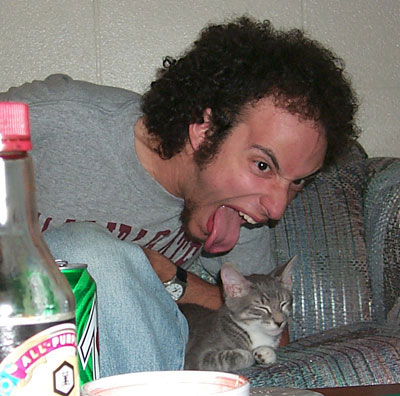