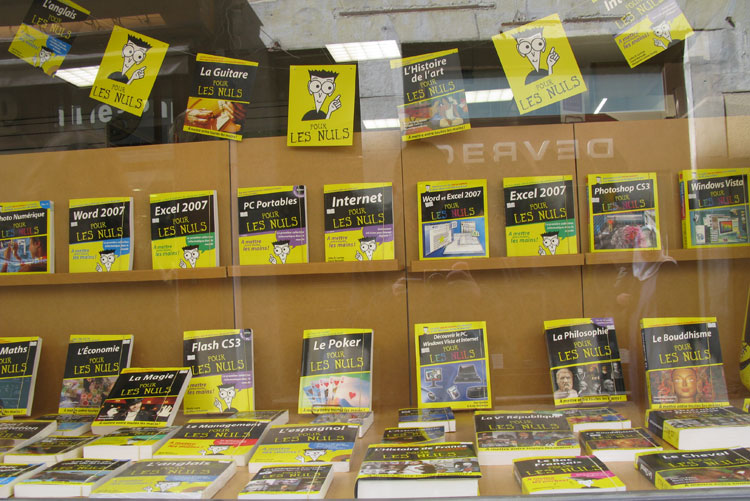 This picture was taken seven years ago today, on April 8, 2008. This is the front window of a tiny bookshop in the town of Carcassonne, France, providing a time capsule of the hottest modern technologies through the For Dummies book series. (I did not purchase Le Poker pour Les Nuls).

This bookshop was right down the street from an Internet Cafe full of keylogger-laden desktop computers. Since I did not yet own a netbook or an ultrabook (and still don't own a smartphone), my Internet time was limited to whenever we were near a cafe.

When I arrived in Carcassonne, I asked the hotel desk clerk where I could find un ordinateur pour l'email and she directed me to the Seabird Cafe. After roaming the block for several minutes and not finding it, I finally realized that she was saying cybercafe with a heavy French accent.