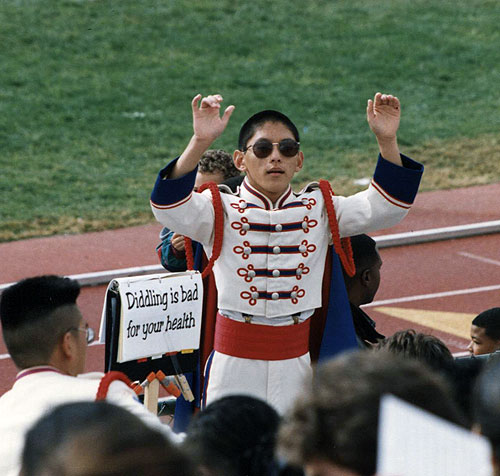 This picture was taken in October 1995 as I conducted the T.C. Williams Marching Band. Conducting, like having a tea, is best done with pinky raised. I don't know what song the band was playing, but it probably wasn't the Fight Song since the team never scored.

Those saucers on my face were actually prescription glasses with transition lenses, and I'm definitely wearing musical note suspenders under my subtle, understated uniform. The sign behind me refers to the practice of playing random notes on your horn, not the practice of molestation -- both, however, are not optimal experiences.