Twenty years ago today, on July 17, 1993, I went on a group bowling "date" with a girl from the other junior high school that I had met through Crew. Unfortunately, she spent more time talking to my wingman than to me.

Nineteen years ago today, on July 17, 1994, I arrived at Longwood College for a Virginia Music Educators Association (VMEA) music camp. I had a roommate from Newport News, Richard Miles, who said he'd been robbed and shot at the age of 7 and told me not to do drugs. For the final talent show, we played a brass quintet arrangement of the Pachelbel Canon, but the horn player broke the strings on his horn so we played with only four of the five parts. This was also the camp where I tried to play tennis and tripped over myself immediately, scarring my shoulder for life. 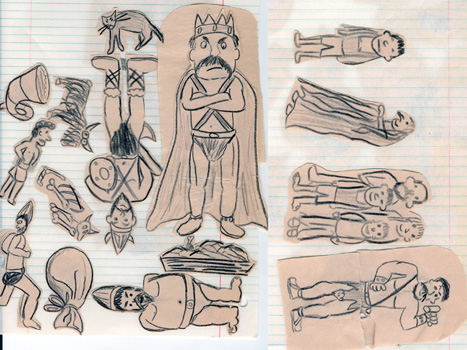 Eighteen years ago today, on July 17, 1995, I was at Governor's School, doing a puppet show called Journey to Jotunheim, for my required humanities class.

Seventeen years ago today, on July 17, 1996, I was arriving at Virginia Tech for my overnight freshman orientation session. The event was unmemorable, according to my journal, other than the fact that my parents kept wanting to take pictures of me in front of various college landmarks.

Eight years ago today, on July 17, 2005, I spent the entire day finishing Harry Potter and the Half-Blood Prince which had just been released the day before.

One year ago today, on July 17, 2012, we were in Montreal, overwhelmed by free rock concerts and violas launched into space.