As everyone who fell by the wayside in the ultra-competitive Christopher Newport University admissions process can attest, you MUST start your extracurricular activities in eighth grade if you want to have any chance of getting into college and avoiding a lifetime career degreasing the grills at Flamers. To carry on the eighth grade theme of this year's updates, here are the clubs and sports I was a part of in 1993. 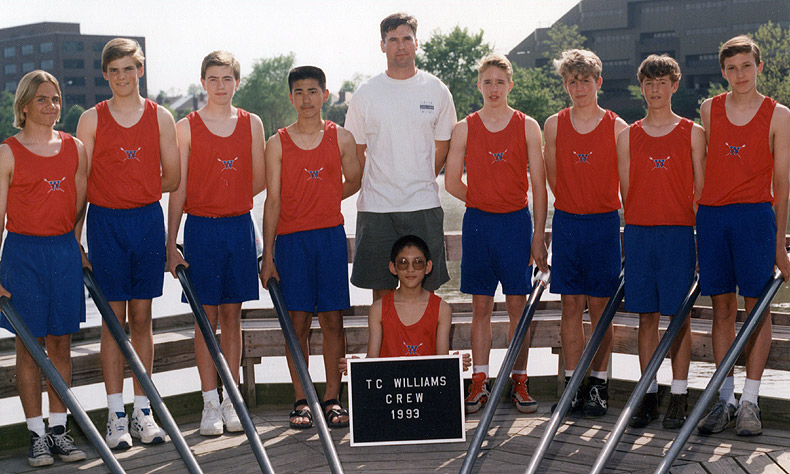 Since there are 9 people on a boat in crew, a positive soul might suggest that being on the "Novice B" boat puts you among the top 81 athletes in the entire program. A pessimist might note that there is no one worse than you while on this boat. That is also future President of the United States, Jack Wilmer, on the lefthand side.

The only thing I can recall about the National Junior Honor Society is that there was a ridiculous initiation ceremony with candles and a darkened classroom, in which we were warned about the grave responsibilities that came with joining. As you can see from the serious nature of my visage, I took this serious responsibility seriously.

The Art Club was a club in name only. It consisted of people who had, at some point in there brief junior high career, taken an Art class and wished to meet after school to do more art. We never actually met though, giving this club an optimal effort to visibility ratio on college applications.

The Literary Club edited and published the quarterly literary magazine, a $10 rag that actually used plastic binding sheaths instead of staples. I was probably there for the ladies. 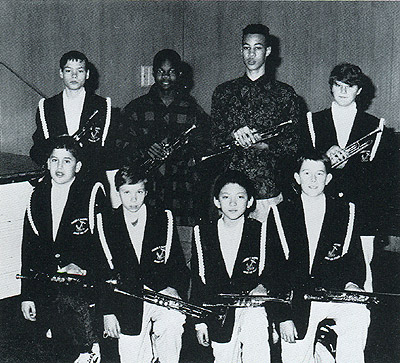 The problem with band picture day was usually the high percentage of members who forgot to bring their uniform in. These polyester refugees from the 1970s were atrocious, and my jacket was so small that its size-ordered inventory number was 1.

Churchgoers, strippers protest one another in Coshocton County