Imagine 150 fraternity brothers packed into a container the size of a three-bedroom house. Announce you are breaking hallowed traditions by taking away their cigarettes and admitting women. Then lock the doors and push the container deep into the sea, for months at a time. That's what the Navy, after decades of contemplation and controversy, has decided to do with its Submarine Force [...]

Not every sailor was buying into the controversy though, since many were aware from their junior college years just how rank a fraternity house can get. Said one petty officer, "I heard that chicks are pretty good at cleaning stuff." In other news, the Fox network announced plans to install hidden cameras on the submarines for their new reality show, Going Down for Love. 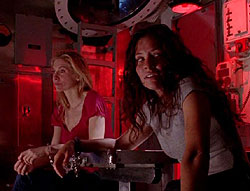 The Navy's normal spokespeople, Lance Ripped and Blake Throatstomp, were away on active duty and could not be reached for comment. However, the thorny issue of women on subs has been highly publicized in popular culture through television shows like LOST, where every episode involving both submarines and estrogen have been among the worst of the series.

One active-duty lieutenant said he personally supported the changes but worried about the effect on crews, who have long relied on tobacco and male banter to ease the boredom of serving in a confined space. "There's very few avenues of stress relief," he said, [...] "You can smoke, or you can hang around and get creative with the conversation."

When asked to provide specific examples of activities that might offend the fairer sex, the lieutenant offered, "We try to incorporate "seamen" into as many contexts as possible." His Lieutenant Commander was quick to clarify that Navy terminology was always eligible for Double Word Scores in the game of Scrabble.

[...] The complaints often fall into two categories: first, that female sailors will invariably become pregnant, potentially compromising missions during which submarines can remain submerged for months at a time; and second, that submarines are not built for the mixing of the sexes, given the tight passageways, shared berths and lack of privacy.

Actually, submarines must periodically resurface for supplies and most subs don't carry more than a couple months' worth of food. This leaves only three scenarios: 1) the woman is already visibly pregnant and can invariably be left on the dock, 2) the woman learns she is pregnant onboard, and invariably debarks at the next port, or 3) the woman got knocked up on the sub, a biological hazard that invariably involves the willing participation of seamen.

"Hormones do not shut down just because you go out to sea and submerge for many months at a time," wrote [John A.] Mason, 53, of Comer, Ga. He said sailors rely on various coping mechanisms to deal with the stress of extended deployments, including man hugs, rear-end patting and other rituals; another veteran cited a tradition in which submariners who cross the equator for the first time are required to strip to their underwear.

Mason's comments placed into stark relief the fundamental differences between Navy personnel and the rest of the general public. When polled, most American males agreed that all of the Navy rituals would actually be more fun with women involved.

"Serving on board a submarine is not a place to be if you are self-conscious or have any doubts about your sexuality," Mason added. "Silliness, male-bonding, and what might be considered inappropriate or 'politically incorrect' behavior in a civilian environment are all useful techniques that allow a sailor to endure the difficult living conditions and time away from their families and mainstream life." 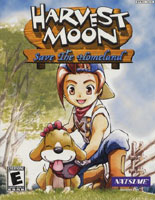 Mason neglected to mention an alternate experimental approach which is thriving in the Pacific fleets: each sub is equipped with the movie, Ben Hur, a copy of War and Peace, and the complete Harvest Moon video game series. In fact, test crews were generally halfway through their tours by the time the movie ended.

"I'm worried that if you add women and remove smoking, some people will say, 'Too much is changing; this isn't what I like, and I'm going to get out,' " he said.

He noted, with some consternation, that submarine crews are likely to receive little sympathy from the general populace, since most American men who want to get away from their woman and smoke have to do it in the garage. 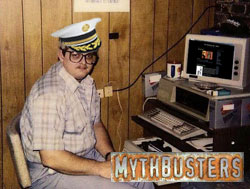 "I don't think you can remove cigarettes and add women and it not have some effect on the retention rate."

This off-the-cuff hypothesis was handily disproved in an episode of Mythbusters, where it was discovered that the new regulations actually increased the number of computer nerds interested in serving. Said one, already used to the tight passageways, shared berths and lack of privacy in his parents' basement, "A smoke-free environment filled with girls that can't run away? That's the best dating service ever!"

In other news, Fox is suing the Discovery Channel for infringing upon their reality show idea.

In another episode, SpongeBob's pal Patrick tries to perform a "slimelick" maneuver by reaching around a clam