the reason that every weekend is warm 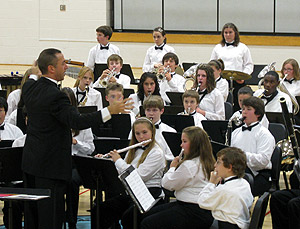 ♠ Last night, while Rebecca braved "the city" to see some indie hipsters performing at the Black Cat, I braved Centreville to see the band concert at Stone Middle School. I'm not sure which was more surprising: the fact that there were two hundred and fifteen 7th and 8th graders in two separate bands, or the fact that parents were overflowing the gym as if a football game were in progress.

♠ Flashing back 19 years to my seventh grade winter band experience, I recall the presence of 32 band members, maybe 40 parents, and no one recording the entire concert as a movie file on their cellphone. On the plus side, we had an auditorium, a location whose name suggests that things might sound better inside. Unfortunately, this was not the case.

♠ We even had an auditorium in elementary school, although here it was called a "multipurpose room". This meant that the chairs could be moved to the side for PE classes, so the room smelled perpetually of feet. 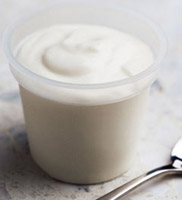 ♠ I've never understood why we had to take our shoes off for PE class, mixing together our unique specimens of toe fungus and bacteria into the Petri carpet with the rest of the students. I guess that's what made us multicultural.

Q: Why didn't the tabloids get excited when George Wallace was caught shoplifting yogurt?
A: It was just an example of the white man consuming another culture.

♠ Plans for the weekend include some work, some raking, some laundry, and a Themed Beer Night at one of Rebecca's friends' homes. I'm actually taking Thursday and Friday of next week off (because apparently when you're married, you're not supposed to work straight through all the holidays), so there will be no update on Thursday.