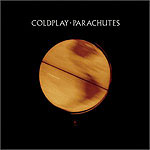 During my whirlwind musical explorations, I discovered the British group, Coldplay, and liked their stuff enough to buy their two CDs, Parachutes, and Rush of Blood to the Head. They have a very laid-back and tastefully clean sound that I enjoy listening to. A couple of good numbers you might like listening to: Yellow, Shiver, Clocks, and God Put a Smile on Your Face. Also the song, Scientist, isn't spectacular, but it's got a very artsy video. If you've got a fast enough connection, you can watch it here

I met with Dr. Spencer this morning to go over the details of the MFIT project and he gave it his stamp of approval. From there I wandered around campus turning in keys to key people (LOLZ) and finally returned to HMU to pick up final grade sheets which weren't there yet. The only things left on my to-do list now include packing, getting gas (automotive kind), getting a haircut, and doing final grades.

There's going to be a barbeque at Beth's tomorrow for the end of the year, people leaving, and other assorted phenomena. 5 PM, or so I've been told. Feel free to drop by if you happen to live within a ten mile radius of the city.

My future plans (IV of V):
With Finale under my belt, I'd like to really learn my other musical software and hardware, including Cool Edit Pro, MIDI Orchestrator Pro, and the Roland SC-8850 I bought last year. Right now, I know enough to be dangerous with them, but not enough to take full advantage of their musical possibilities. I still have my nicely mixed Recital CD from Tech that I haven't done more than burn MP3s from. I'd like to be able to tweak various aspects, like the pitch-deaf instrumentalist and the occasional wrong note. Also, now that I'm going back to where all my great singer friends are, I'd like to rerecord some of the vocal numbers in a multi-track manner and toy with the balances. The MP3s from the live recital that I have up on the Music page really aren't the greatest quality -- hopefully that will change in the Fall.

Pickled Mutant Babies have everything to do with alcoholism

So what did you do after preschool?