In that no man's land between dinnertime and bedtime, there's nothing like peeling the wrapper off a Blue Bunny chocolate eclair and biting intoit. It's the little things that make life worthwhile.

I've added a MIDI dump of my work in progress to the Music page under Volume III. Work is still slow, as I haven't reached that point of inspiration where the remainder of the piece suddenly appears to me like an opium dream.

I'm liking what's happening with my thesis piece right now -- somehow I feel like it's very different for me, while being written with the same language. Freshness is something that's tough to fake. I need to start working more horizontally though, or it's never going to get done. Working vertically on the score gives you interesting musical moments, but tends to break continuity if you do it too much.

Games made by Blizzard are always cost-effective purchases. I'm still playing Warcraft in my spare time, and probably will for sometime to come. In one on one games, I win about as much as I lose, but I've got a four man team right now that's ranked #592 on the competitive online ladder. It may not be the most productive hobby, but at least I'm not playing with myself (in games).

I'm 25 now, which is close to being 24, except that I just saved a bundle on my car insurance. Apparently I'm no longer a reckless high-risk teenage male. I read an article a while back that said teenage girls were starting to be more high risk in their cars than teenage boys now. I believe it.

FEMA Director, Michael Brown, referred to Charley and Frances as a "one-two punch" against Florida. With Ivan making landfall, he's now referred to the trifecta as a "one-two-three punch". I hope there aren't many more hurricanes in the queue; otherwise he's going to run out of catchphrases.

Maryland senator votes on Opposite Day

Dropout repays Brown University for getting all its students drunk 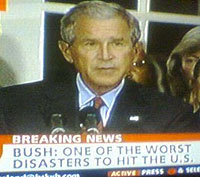 It was the other driver.

Then, the raiding party took her personal and private sex toys and used them for their own amusement and left them strewn about 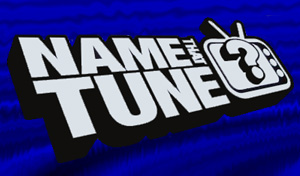 It's been seven months since the last Name That Tune contest, mainly because it took about two months to mix these samples to perfection. There are 20 song fragments bunched together into just 4 clips. The person who correctly identifies the most songs out of 20 will win a gift certificate for $20 to Amazon.com. Read on for the rules!

Mom uses daughter's ID to be a cheerleader

Teacher okay after crashing into bear on bicycle

How many Tunes do you think you can Name in the contest? 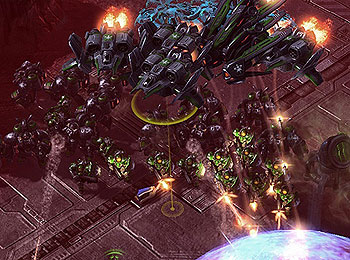 The original Starcraft from the late 90s was Kelley Corbett's drug of choice after his discovery of beer and before his discovery of World of Warcraft. Starcraft II is essentially an evolved extension of the original -- easier on the eyes with new units and interfaces, but without anything incredibly innovative added to the mix. In this case, it's a decision that works, and anyone who liked the original will probably find something to like here (unless they have passed away in the intervening decade).

Starcraft is a real-time strategy game, where you build and control a number of units from a top-down perspective and order them around to reach various mission goals, such as "destroy the enemy base" or "gather 10,000 resources before your opponent". There are twenty-six single-player missions with well-calibrated difficulty levels that will easily keep you occupied until you've had your money's worth. The plot which ties it all together is AMAZING, if you're 12, but it's enough to make each of the missions feel worthwhile.

Gameplay is easy to adapt to if you've played any game like this before, and the game even comes with built-in key mappings where all of the actions are tied to a positional grid on the keyword (for example, the QWERT row). This has always made more sense to me than the "memorize the first, or maybe the second letter of the action, and then hit F to Fire, except when F is already taken so you hit I" approach.

Also new to the mix from the Warcraft world are Achievements: bonus accomplishments obtainable for bragging rights on your online profile. These achievements are more more attainable and less tedious than their WoW counterparts, but you'll waste just as much time trying to collect them all.

The other giant chunk of Starcraft II is the multiplayer aspect. I usually don't care about this as much because I have the skills of toddler when not playing against a computer but my limited exposure has been enjoyable. Blizzard made the wise decision to maintain a separate collection of units in multiplayer, so that future balance changes won't affect the single player game, which also makes the single player units feel more powerful and fun to play with. There's also a full-fledged map editor which puts the Warcraft 3 map editor to shame and requires a Ph.D to fully understand.

The main failure of Starcraft II is the new, possibly improved battle.net. For a network that's trying too hard to be Facebook-like, they made the worst possible social design choices. battle.net is hard to navigate, full of menus and submenus and horrible sound effects and animations (see also, most Flash-based websites). It's tedious to maintain a friends list, and even more tedious to meet up with friends to play games, especially since they made the puzzling decision to drop chat rooms from the interface. Instead, little chat windows pop up all over your screen, one for each person you're chatting with. Thankfully, they dropped their original system of tying your account to your REAL NAME but there are still annoyances like having to be connected to battle.net to play single player (and thus, having to tell eighty people that you just want to play with yourself for awhile), and not having a way to be invisible. The final infamy is the fact that my handle of choice is one letter too long for their system. I thought 12-character restrictions went away with ColdFusion.

Other than battle.net, which needs a catchy fail name like brittle.net, this is a well-polished, enjoyable package. The graphics and sound are top notch, and all of the little touches you would expect from a Blizzard game (like /dance making marines dance) are present.

Robbery Foiled When Employees Get Giggles

To the best of my recollections, here are the locations of every picture in my birthday collage:

Twit for tat as NATO and Taliban take battle to internet 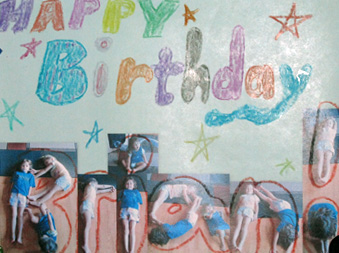 OBX Travelogue, Part I of II 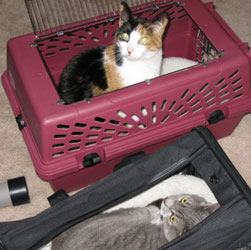 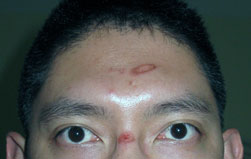 List Day: Things I Did On My Day Off 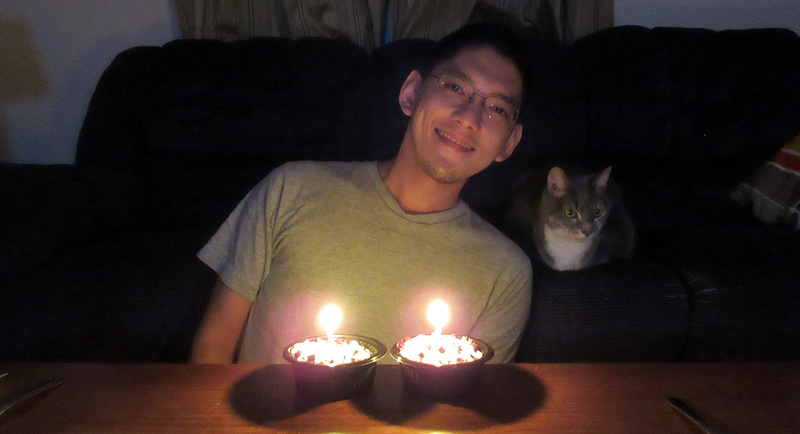 Aren't you glad there's a space in the middle of today's post title? 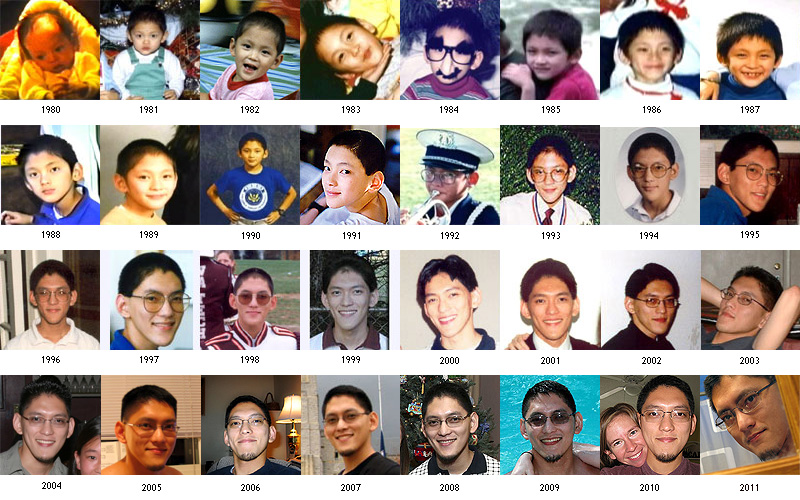