Memory Day: Summer at the Spellerbergs

Thirteen years ago today on May 6, 2002, I spent my first full day living with Anna's family in Chantilly for the summer. Home for the summer from grad school and starting my third internship at FGM, I was finally tired of driving the 60 miles round trip from my parents' house in Alexandria and work in Dulles.

Based on my mob connections to this Italian family, I was able to secure a berth in their back guest room, moving in a card table to support the massive desktop (Pentium 4 2.0GHz with 768MB RAM) and CRT monitor (which I also ferried back to Alexandria on the weekends), as well as all of the MIDI accoutrements I was using to write my master's thesis. (By the end of the summer, I had written about 40 measures of music, 16 of which became the main melody, leaving the rest discarded in a folder to mine for future ideas).

Living with Anna's family was very different from the way I'd grown up. For example, people stopped by unannounced all of the time, and they thought nothing of just pulling up another chair and setting out another dinner plate. I adjusted quickly though, and was soon pulling karmic-yoga duties to pay for my upkeep like cleaning the house or ferrying Anna's little sisters to various softball games on 28, in the days when 28 had stoplights every 5 feet. 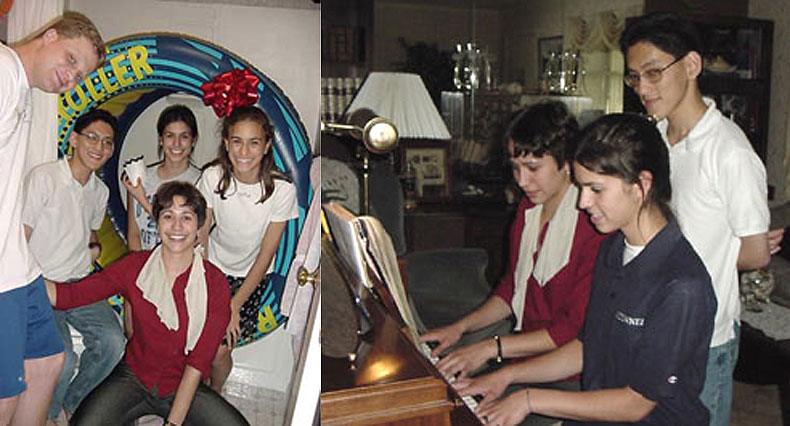 Among the other highlights I recall from this summer: