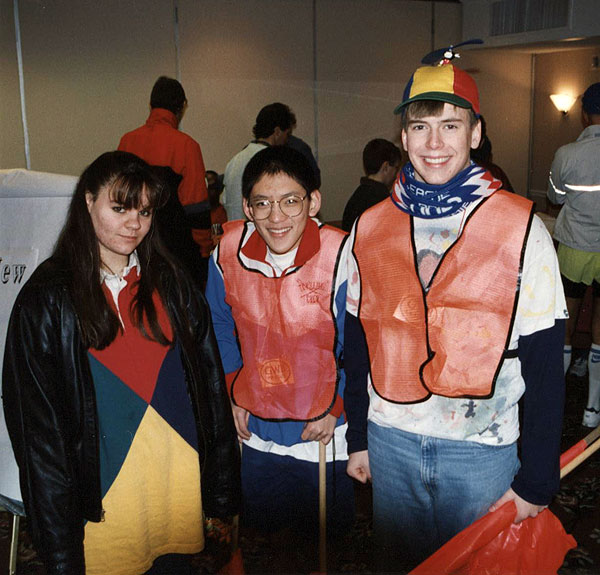 This picture was taken twenty years ago today, on February 18, 1995. As a member of the marching band, we were required to volunteer in the annual George Washington 10K race around Alexandria. A clarinetist named Rebecca is on my right, and a trumpeter named Mike Stafford is on my left.

The standard operating procedure for the 10K race was to give all the band kids a reflective vest and a flag, and then plant them in front of every driveway along Eisenhower Avenue. Our only instructions were to prevent drivers from leaving establishments during the race, to minimize the number of runners hit by cars.

Luckily for us, the entire trumpet section was assigned to several driveways very close together that all led into the same industrial park. This park was obviously shut down for the weekend (and the closed metal gates confirmed this), so we spent the entire race goofing off and having sword fights with our safety flags.

No one died, so it was a good day.