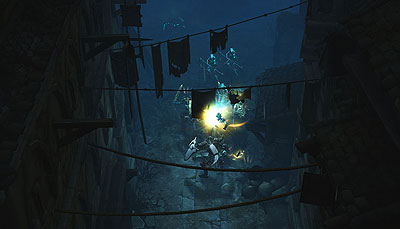 I was initially pretty happy with the 2012 release of Diablo III, giving it a B+ in my review a couple weeks after release. However, I had stopped playing it within four months and probably would have given it a C+ if I were to re-review it once Torchlight 2 had been released. Diablo 3 had many flaws that did not surface until late in the game, the most salient of which were:

The Diablo 3 expansion pack, Reaper of Souls, was released on Tuesday for the slightly-too-high price point of $40, adding a new story Act, a new hero class, and alternate play modes. As I mentioned a few weeks ago, I played Diablo 3 this month for the first time in nearly two years, and was surprised to find out how much better it had become. I had never really jumped on the "Hate the Game Director" bandwagon that pervaded the Internet in 2012. However, with historical perspective, it's vindicating to see just how many design decisions from the original game director's brain were undone or mellowed out after he was unceremoniously "moved to another project". 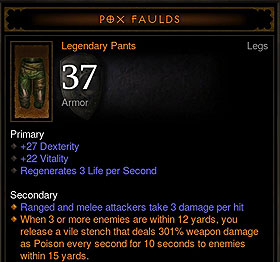 So far, this is a worthwhile (albeit slightly expensive) purchase, and corrects enough of the original Diablo flaws to satisfy me. I'll post a full review in a few weeks!