I found this photo on an old camera card that had never been uploaded to the computer while doing some Post-Spring Cleaning yesterday. 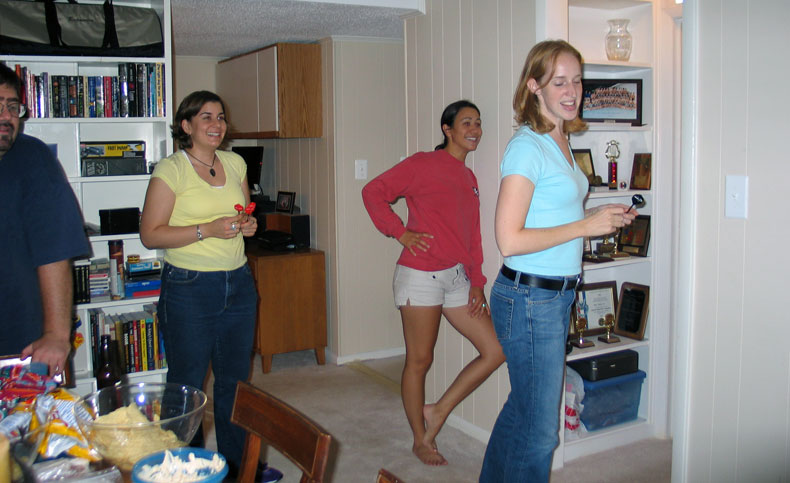 This was taken during a lively game of darts at a Labor Day party in September 2004, almost seven years ago -- in the days before there were babies everywhere and milk chocolate coloured basements. The furniture still consisted of toss-outs from Anna's grandparents, and there was still a high school ego shelf (which is now filled with our surplus of old books).

Also at this party were Jason and Rosie (and Jason was sitting on the couch watching a football game), as well as Flip-Flop and Doug Linden. I'd forgotten that the latter two had even been to my house before.