There are no spoilers in this review, although you may not understand many of the words that are coming out of my mouth. 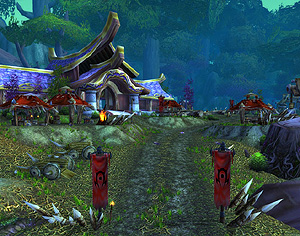 I've been an off-and-on player of World of Warcraft since it launched, way back in 2004. I stopped for a couple years in 2006 when the first expansion pack killed the PvP brackets, started again, and then stopped right before my wedding (unrelated, of course) for what I thought would be the last time. With my 2009 cancellation, I didn't think there would ever be a compelling reason for me to start playing again, and even deleted all of the game files.

So, coming into the third expansion pack, Cataclysm, the only reason I reactivated my account was a sense of nostalgia -- in tandem with its release, a huge overhaul of the "old" worlds was done as well, and it's always fun to go back to familiar places to see what has changed. I was skeptical as to whether the changes would be compelling enough to keep me playing for more than a few weeks, but was surprised to find that I was really enjoying myself again. With this expansion pack, a sense of "fun" has returned to playing, and the experience is polished and tightly focused enough to please ANYONE who might have enjoyed the game at one time but lost interest.

The bottom line is that World of Warcraft now has over 6 years of experience in what works and what doesn't, and the game as it stands today is easily the best game I've played in quite some time. It even stopped my Minecraft addiction. Give it a shot if you've cancelled your account in the past, and take the time to enjoy the leveling up process -- the game is only lame when you're rushing to the end and then find that there's nothing there.