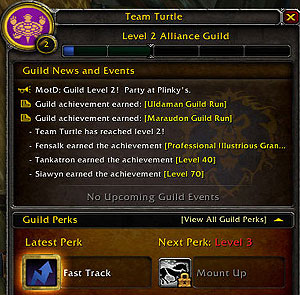 Friday night was Warcraft night with the Ahlbins, as the respective sects of that family locked their respective kids up in various cupboards so we could all do some dungeon runs together. The Guild reached Level 2 over the weekend and got the 5% experience bonus, which means that you can now get from level 1 to 60 in about 4.5 minutes.

On Saturday, we watched The Social Network, which shall hereafter be referred to as The Only Movie Starring Jesse Eisenberg That Hasn't Annoyed The Piss Out Of Me. This was followed with dinner and drinks at Mylo's in McLean, a restaurant with a mild Greek persuasion.

I got a little work in on Sunday morning, and then we met Rebecca's parents for lunch outside the crafts fair at the Dulles Expo Center. We followed that up with an impromptu game and pizza night with Kathy and Chris who were temporarily evicted from their town house while prospective buyers went through their drawers and stole their copper piping. In the evening, we finished another movie and then broke into the chocolate pie from last weekend's aborted poker game. None of those clowns deserved chocolate pie anyhow.

'Snake House' up for sale again