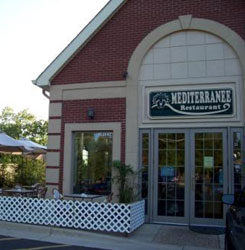 We kicked off the weekend with a Date Night to the Mediterranee Restaurant in Great Falls, where we dined on three-course meals for $24 each, and I ate the best "seared" steak I've ever had. We don't head out to Great Falls often, but we both agreed that it looks rich and fake, not unlike the North Shore of Kauai. 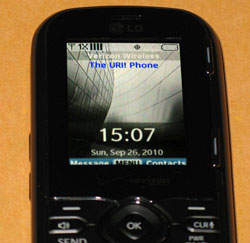 On Saturday, a Costco pilgrimage allowed us to stock up on lunch meat, soap, and shells and cheese, followed by a late birthday dinner with Rebecca's parents at the local Macaroni Grill (whose restaurants seem to be shuttering at an alarming Blockbuster-esque rate). Rebecca then spent the evening eating yogurt and salads with Annie while I barricaded myself in my home office and worked on DDMSence.

We signed up for a joint Verizon package on Sunday morning, which means that I now have a cell phone for the first time in thirty-one years. This was less about getting a cell phone, and more about the fact that my land line costs $38 + $12 taxes each month now -- a plan with two cell phones is $25 cheaper than having one cell phone and one land line. Once this is all working smoothly, I might switch to FIOS and kick Comcast to the curb as well.

The phone is currently sitting at home on a shelf, WHERE PHONES SHOULD STAY.

We closed the evening out with some nighttime glow-in-the-dark frisbee, where I perambulated over five miles with aerobic steps, according to my pedometer.

Tattooed woman 'told to put bag over head by Jobcentre'

Shipment of 15,432 bongs disguised as lamps seized by US Customs officers