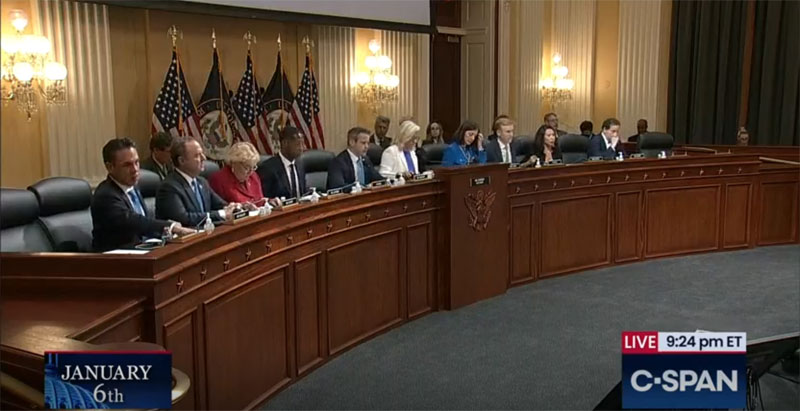 When the January 6 hearings began, I was very skeptical that they would have any value.

I consider myself reasonably well-informed: I follow the news daily from multiple sources and use tools like allsides.com to understand how media bias influences the way events are presented. I thought I knew everything there was to know about the January 6 protest and subsequent insurrection, and worried that the hearings would just be grandstanding by camera-loving politicians. I was wrong.

Watching the hearings has forced me to revise my stance. I originally perceived as a clown car of cosplayers that got out of hand but never had a real chance of succeeding. It was actually a methodically planned and sustained attack on the peaceful transfer of power, which only failed because of lucky coincidences and the bravery of individuals.

In eight hearings, the committee has presented a straightforward case with visual and audio evidence that connects the former President's intentional actions to the ensuing violence. The committee gave former administration members the space to share authentic answers instead of competing with each other for the best newsworthy sound bite. The steady pace of the hearings dampened the noise, emotion, and distraction of the 24-hour news cycle, allowing the information to stand on its own without cheap theatrics.

My goal is not to convince you of the conclusions I've personally drawn -- it's to urge you to take some time from your packed lives to watch some of the hearings. Approach them with an open mind and weigh what you see and hear as if you were summoned to jury duty. Challenge your assumptions that might be based on emotion or incomplete information. Search for nuance and shades of grey instead of boiling the whole affair down to a visceral gut reaction of "truth or lies". You can watch on C-SPAN to avoid unnecessary commentary from news personalities.

This is complex news that demands attention and patience to digest. It's not always exciting. It doesn't fit cleanly into a meme or a 30-second TikTok. However, it's critical that we understand how serious a threat this insurrection actually was and prevent it from happening again. If we let it slide, the next attempt is guaranteed to be more brazen and successful.