As of the beginning of July, Ian is now walking!

He consistently wakes up between 6:00 and 6:30 and will usually take a long nap around 11 AM. The 4 PM nap is either "asleep right away for an hour" or "shriek for 30 minutes until someone gets him". He goes to bed around 7, usually lying in the crib quietly for a half hour before dozing off.

Eating is still his favourite activity. Breakfast is usually a whole banana, many blueberries, 3 sausage links, and anything he sees me eat. Lunch and dinner are harder, as he's more picky when not super hungry. He tends to fixate on the things he wants so we hide the watermelon until the end of the meal and start him with a tray of healthy broccoli or a tin of yogurt. During many meals, whatever is left on the plate gets mixed into the yogurt to sneak it into his mouth.

Ian has a massive set of lungs and no concept of inside voice. Once he's awake in his crib, he soon reaches top volume to wake everyone up. Sometimes he competes with Amber, our now-deaf cat, to see who can caterwaul the loudest at 6:01 AM. Carrying him while he's having a meltdown is somewhat similar to the feeling of being Pavarotti's costar while he's singing La Donna e mobile at your face.

Current Likes: saying Bye Bye, pointing at everything in every book, petting Amber with his face, standing precariously on rocking chairs, scribbling with chalk or crayons, a game of peekaboo, being involved in whatever Maia's doing, bouncing balls, neighborhood walks, phones.

Current Dislikes: not being allowed to bug Maia, most dinner menus, most naps, watching people go outside while being stuck behind the baby gate. 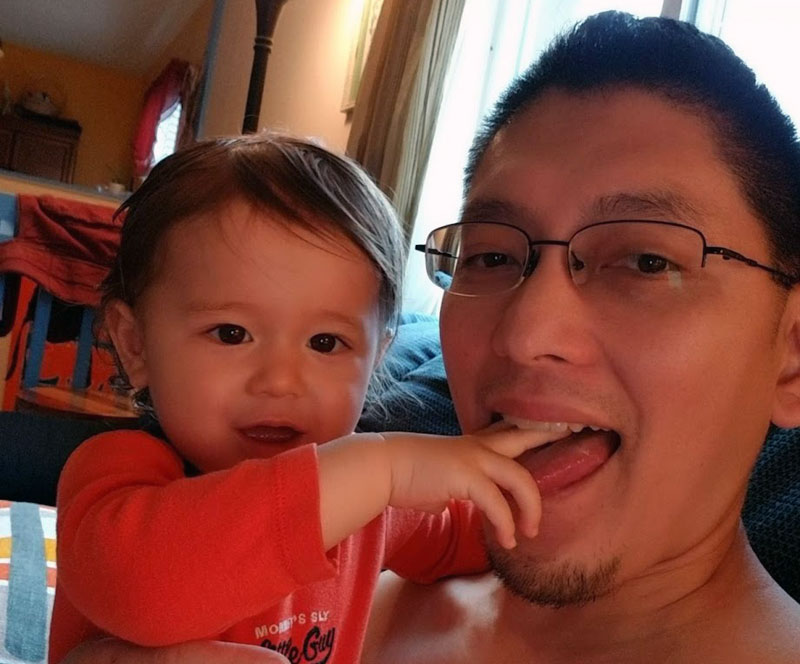