At age 4 1/3, Maia has become the coolest little girl I know. She has tons of empathy, and will often save parts of her dessert to share with Rebecca. She also likes making cards for people's birthdays. 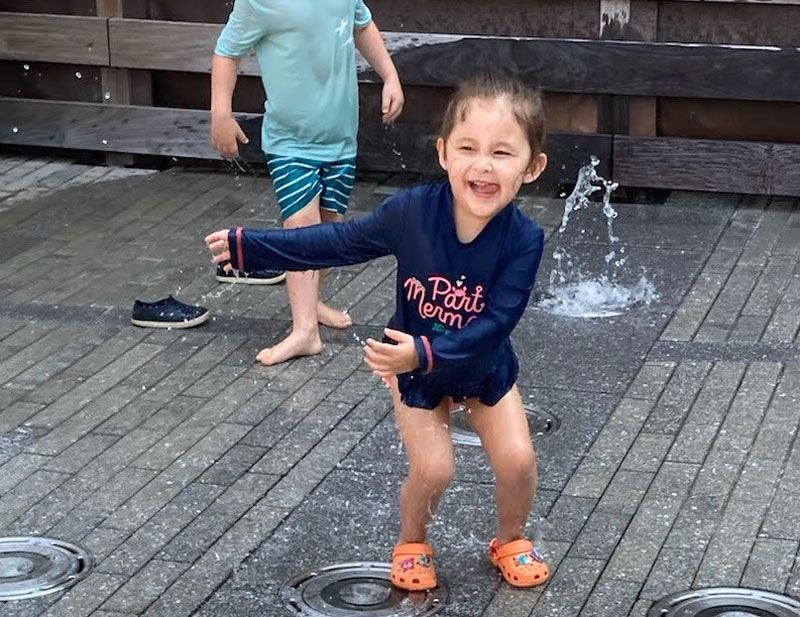 She has gotten totally used to having a little brother now and will help out with small tasks like bringing a stuffed animal to calm him down or picking out his wardrobe for the day. She recognizes when he needs our attention and will play or read quietly until our attention can be redirected back to her again.

Her favorite foods are chocolate, bacon, and mac and cheese, with runner-ups being grilled cheese sandwiches, pesto, and whatever I'm eating for breakfast. Her favorite physical activity is jumping on the couch and she spends at least 40% of each day in a headstand on the couch.

A game we commonly play after dinner is "Stop and Go". She runs around the table on the screen porch and we give her commands, interspersed with trivia questions like "What is your favorite Berenstain Bear book?" and "What's 2 + 2?" When we run out of questions for her (about 15 minutes in), she'll take over and command herself like an autonomous robot. 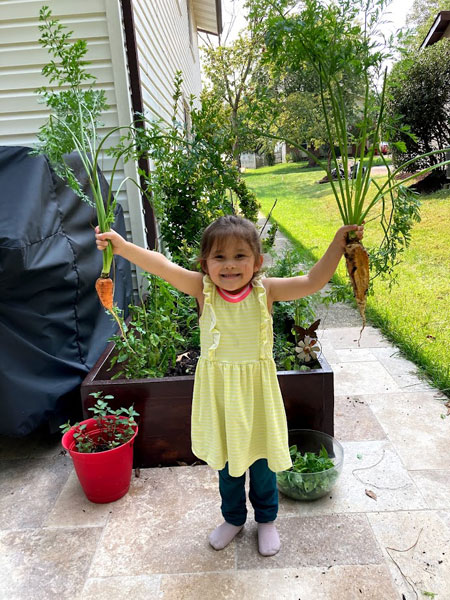 On the video game front, we have finished both Zelda: Breath of the Wild and Ori and the Will of the Wisps. I am now teaching her how to play Mario Kart 8, which has a toggled feature that keeps the cars on the track so she can play all by herself. She is holding her own in the 50cc races, usually ending up in 4th place overall, and just learned how to shoot her items at other racers. I am disappointed that she will grow up in an era where blue shells (the most poorly-designed item) have always existed -- someday I will dust off the Super Nintendo and play Mario Kart the way it was originally intended. 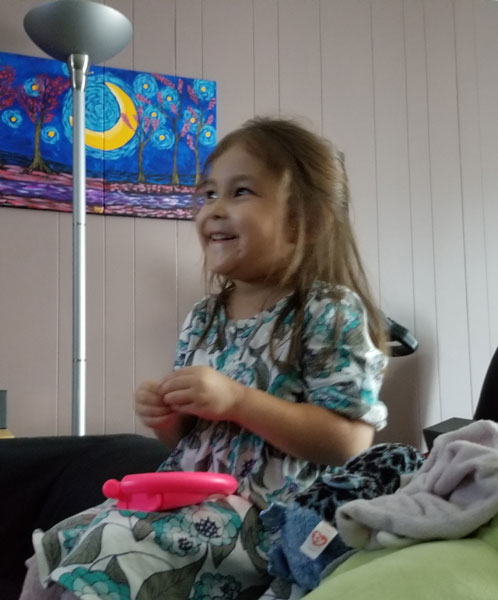 Maia has also learned how to blame farts on Ian.