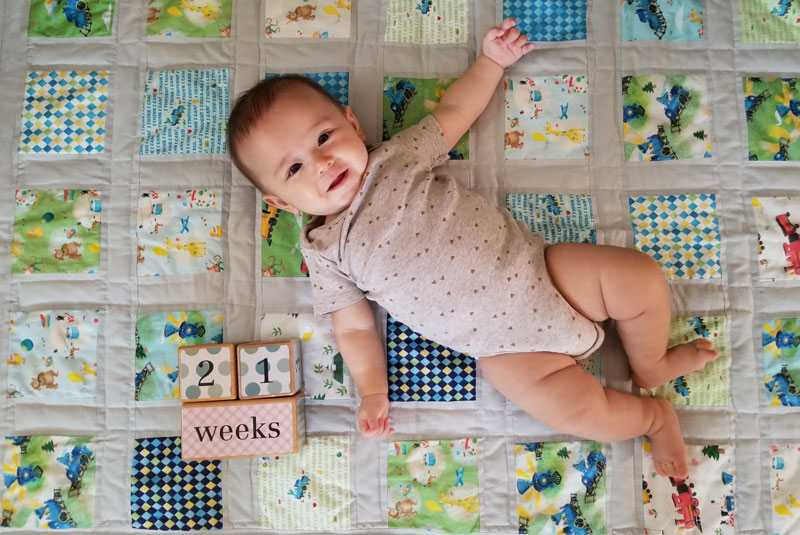 He is currently in the phase where he enjoys bored banshee shrieking to the point where it sounds like our upstairs level is infested with pterodactyls. He's always kicking and can press his legs against walls to lift up his entire body and rotate 90 degrees. He holds toys, flips out when he accidentally throws them away, and has started contorting his neck backwards when he knows that a TV is on behind him.

Ian's sleep training went just fine and he currently sleeps through the night (or at least for an uninterrupted 7 hour stretch). Nap training is less successful -- he'll commit to 20 minute snoozes throughout the day but has only deigned to go down in the crib for a formal nap one time. 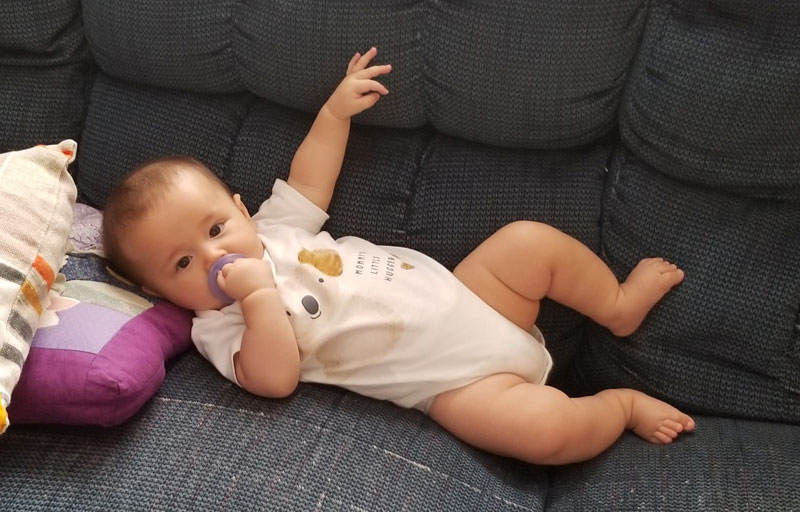 Still, this is better than his infant sleep routine. In the earliest days, I'd wear him from 8 to midnight while Rebecca slept, since his constant piggy grunts kept waking her up. This evolved into me being able to sing him to sleep while wearing him then depositing him on a bed from 10 until midnight when I gently transferred him upstairs to his crib. Now that he sleeps through the night, we finally moved him into his own room in Maia's hand-me-down crib.

The other new thing is solid foods -- Ian loves eating at the table with us and has tried avocado, squash, lentils, and applesauce. When finished, he wads his bib up and sucks all the nutrients out of it. Waste not, want not. 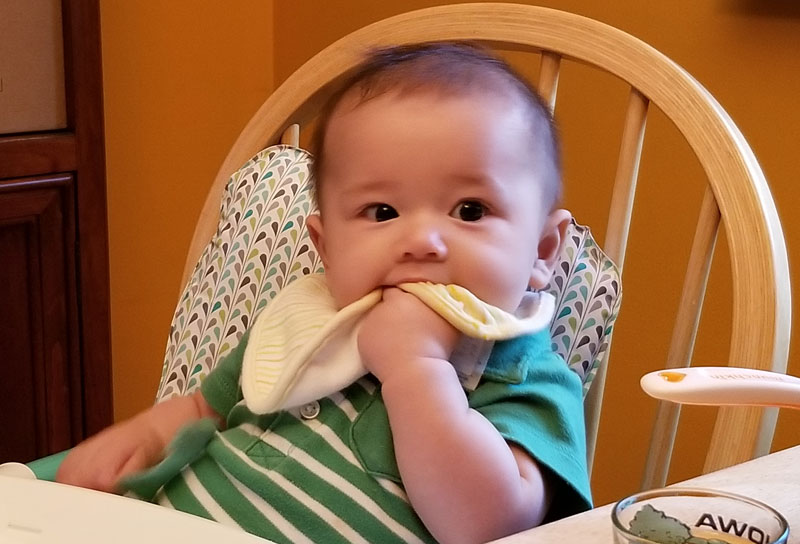