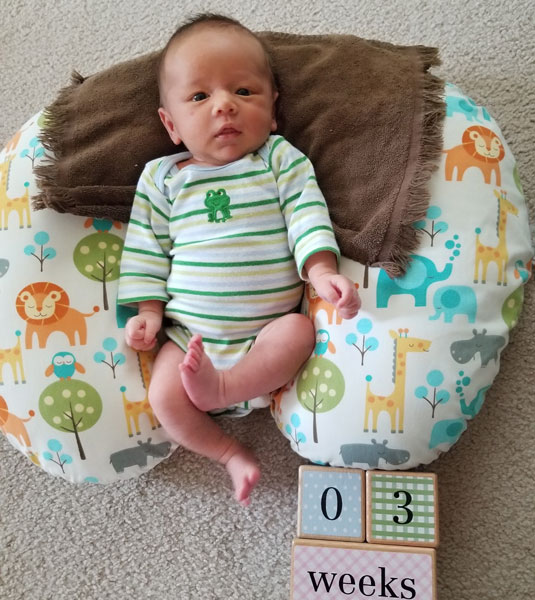 It's nice that Ian's weekly milestone is on a Sunday because it makes it much easier to remember to take a picture of him hovering near these concussion-weighted photo blocks. At 3 weeks, Ian is a pound heavier than his birthweight and about the same length. The interpolated trend so far mirrors my own growth pattern from 11th grade through grad school.

Ian's biggest challenge is passing gas and solids (liquids are not a problem). If he's fussing, it's most likely because he's frustrated that his bodily wastes don't know where the exit is. When not gassy, he's probably sleeping.

Infant care this time around is pretty straightforward. When you have two kids, you must make sure the older one doesn't run into traffic, so you don't have hours of free time to theorycraft every single aspect of the infant's life. So, you worry less that Ian got 16.45 hours of sleep instead of 17, and focus on activities that Maia can do in a circle around you while you hold him.