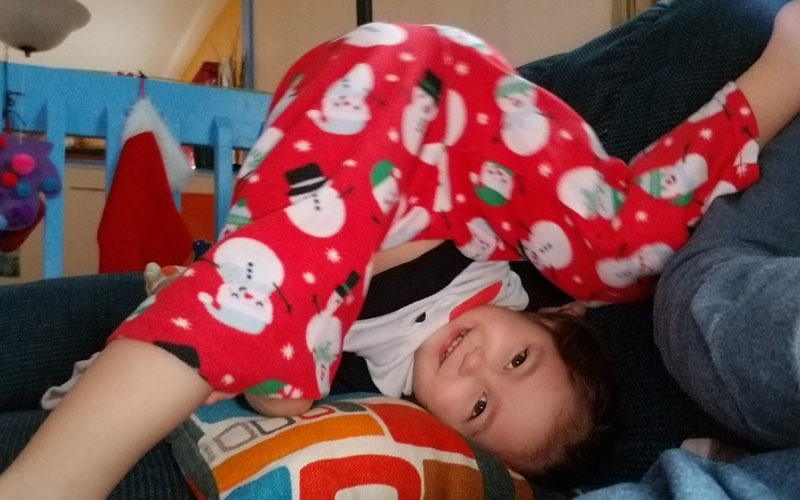 Maia turned 3.5 years old today. At this point, her life is a laundry list of individual quirks that I want to remember in 30 years rather than a coherent narrative. MAIA FRAGMENTS!

♠ 2020 was the first year that Maia had true holiday awareness, and she was super excited about Christmas starting around November 1. (Thanksgiving was an interim necessity without value, like Reading Day before college exams). On Christmas Day, the goal was to open as many presents as possible in succession rather than seeing what was inside.

♠ Maia remembers everything. One night, we ordered new candles on Amazon and three days later, she woke up telling us that the candles were arriving today. Three weeks after abandoning Paper Mario: Origami King, I mentioned that it was a dumb game because of all the wave battles and she remembered exactly where we had last stopped and saved the game.

♠ We spend 20 - 40 minutes per day playing video games now, mostly Zelda with a little Animal Crossing. Afterwards, she'll play pretend games based on the concepts she saw. Over Christmas break, I showed her a massive hardcover Zelda game guide I had bought and she spent her whole quiet time studying the book, especially all of the ingredients you can harvest in the game. Now she traces paths on the game maps (the way I used to do with Rand McNally atlases) to find new towers that will download maps onto her Sheikah Slate (a rectangular Christmas ornament that also doubles as her smartphone).

♠ Maia spends about 30% of the day either standing on her head or jumping/falling off of things.

♠ She learned how to make a squishy tick-tock sound with her mouth and does it constantly now.

♠ Her first snow in aware memory happened on Dec 16. She loved every minute of it, making snow angels, snow men, shoveling, and falling over for no good reason.

♠ She has memorized roughly 75% of the nursery rhymes in a giant book of Richard Scarry Mother Goose rhymes. We'll watch her on the baby-cam at night skipping the pages she doesn't remember and reciting the other poems exactly.

♠ She still loves mazes. In a book of mazes the grandparents got, there is an owl swooping down to eat the mouse and the tagline is, "Help the mouse get to safety in his burrow." I explained that the owl was trying to eat the mouse, and then she finished the maze the long way, making a stop near a picture of some food. "Maybe the mouse will take the food up to the owl's nest so the owl can feed her babies." This is called empathy.

♠ She can consistently count the numbers on two dice, and can count in order up to 20. She skips 17 about 50% of the time.

♠ She's big on the solar system and we often repeat the number of moons each planet has while sitting at the dining room table.

♠ I gave her the original Where's Waldo? book and she found Waldo in the first puzzle immediately.

♠ She has had a few doozies of tantrums (once, I put the laundry in the washing machine without her), but is otherwise good-natured and very outward-focused. 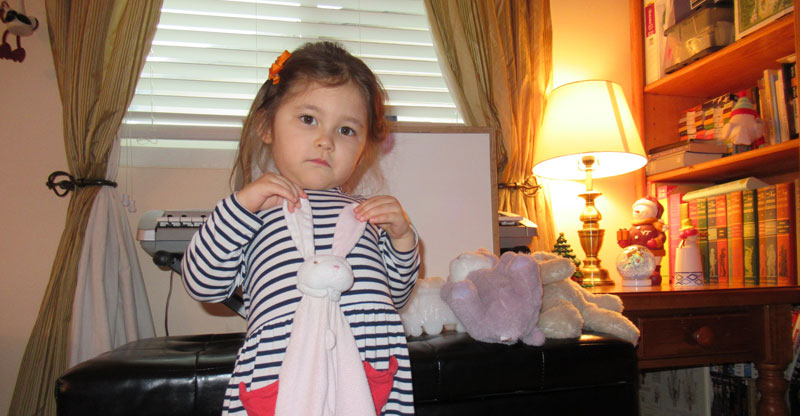