One day in 7th grade, my dad gave me the front page of the Washington Post and told me to save it. His paraphrased explanation was, "We went to war today. You're going to want to remember this day sometime in the future." 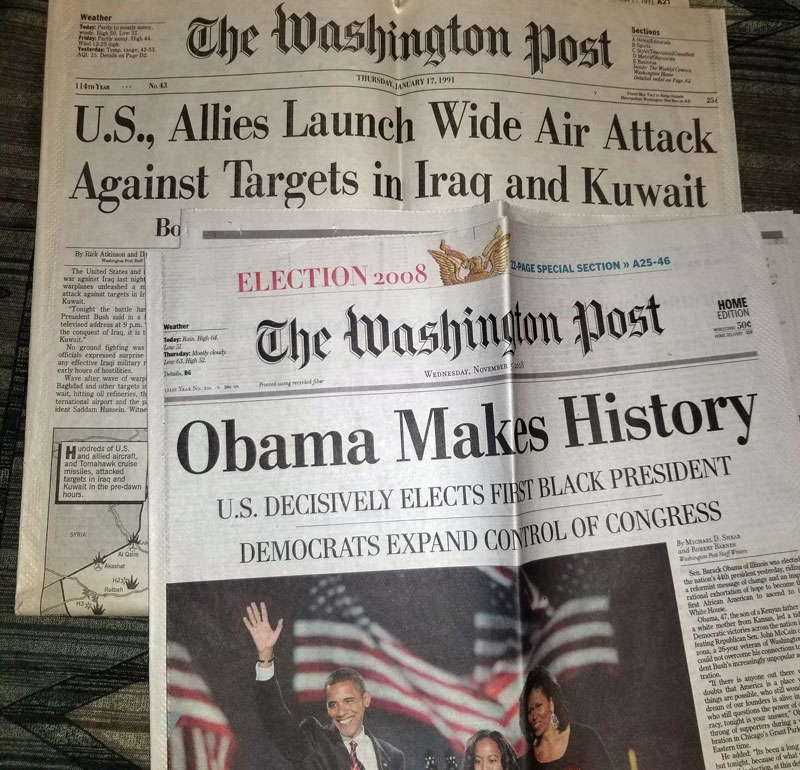 He didn't give me another newspaper until 17 years later, the day that Barack Obama was elected the first time. By then, I already had my own subscription, but it was still a nice gesture at a historical moment.

The corollary to this story is that, apparently, nothing between 1991 and 2008 impressed my dad in the least bit.