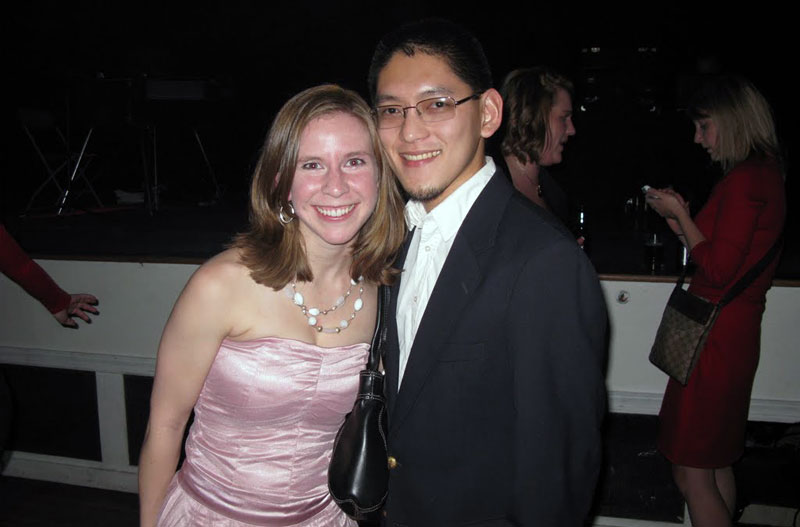 We were dressed up for the CustomInk company party, held at the State Theater in Falls Church on the one night of the year when the Legwarmers weren't performing there. The party consisted of good food, free drinks, and a swirling maelstrom of 22-year-olds that were super-hyped to be selling T-shirts over the phone while being assessed on minute-to-minute productivity metrics.

Everyone was very friendly, and we left with many promises to keep hanging out with new friends, most of whom we never saw again. 8 months later, Rebecca left the T-shirt job to officially begin the transition towards Physical Therapy!