We've made it two whole years! 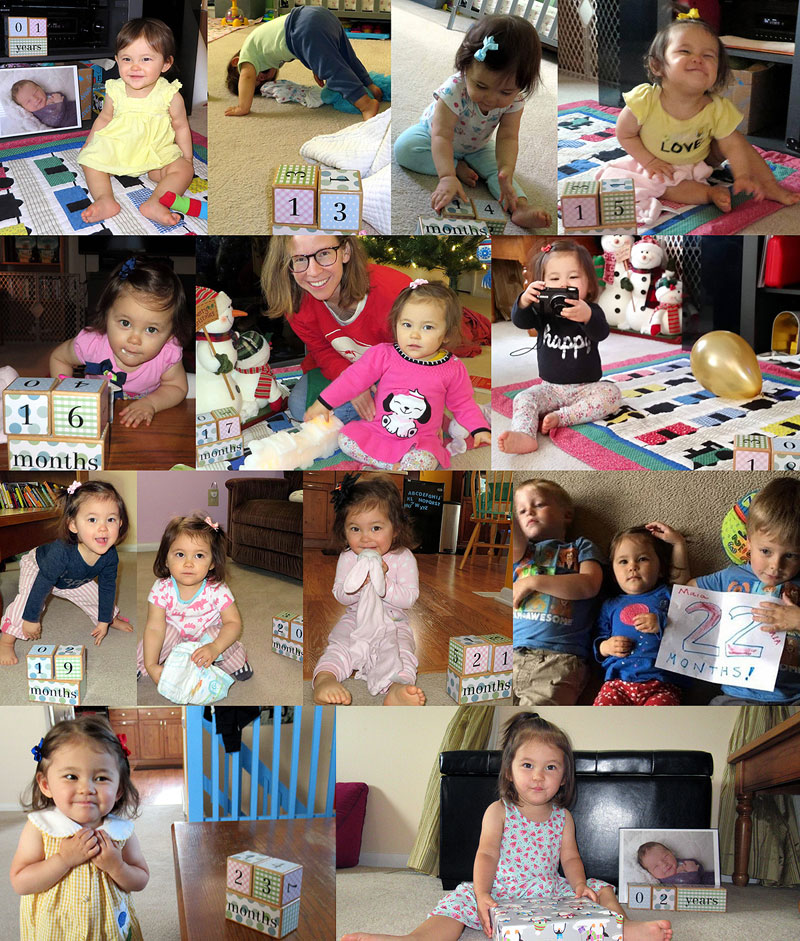 Maia is now 32" tall and 22.4 pounds (she was carrying her favourite bunny when she stepped on the scale, but also had a helium balloon, so it probably balances out). This past month, she has balanced on the razor edge of constant whining, just as likely to teeter left into giggles or right into tantrums. Everything important (like brushing teeth) still gets done, but takes 30% longer with the added rounds of "no no no!" and the fleeing and the stalling. 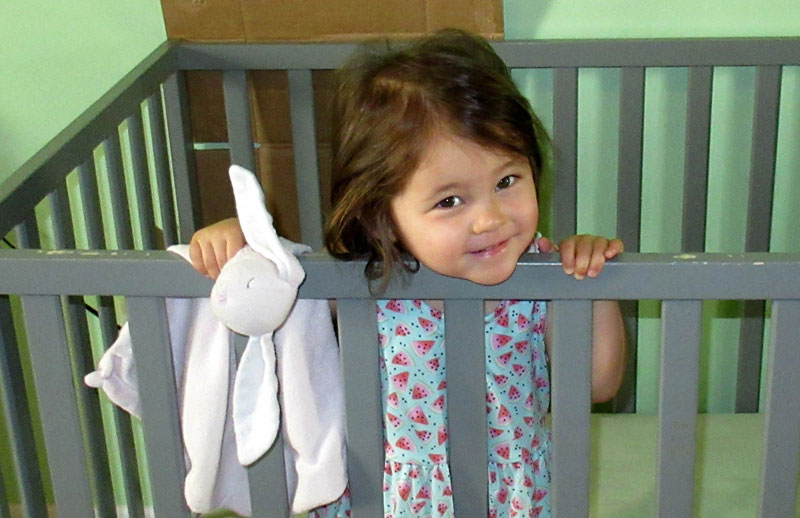 Her favourite things this month have included little backpacks, dresses, sandals, splashpads, and riding in the grocery store cart. She enjoys helping Rebecca water plants outdoors and ate her first homegrown cherry tomato just the other day. She identifies as a Berenstain Bear (Sister Bear) and recognizes that I am Papa Bear and Rebecca is Mama Bear. (Brother Bear varies between her bunny and Amber the cat).

Maia had her first big sickness this past week. She woke up early with a fever that came and went over the course of a few days. On the first day, she lay down on the floor and stayed still -- something that normally only happens when she's unconscious. We brushed off the old Ergo in the closet and hefted that 22 pound child around the house while she recovered, and she was happy to be transported like royalty. Since then, her sleep schedule has become ridiculous, with 14 hours of night sleep and 2 - 4 hour naps each day. We're not sure if this is the new normal or just after effects of the sickness.

For Maia's actual birthday, we had a party with the grandparents and a few others (4/5ths of the Gillis family was in town from Oklahoma, and our neighbours came as well). Maia was very excited in the days leading up to it, and forced us to read The Berenstain Bears and Too Much Birthday ad nauseum. We even practiced blowing out candles in advance, so she was well prepared for the actual event. 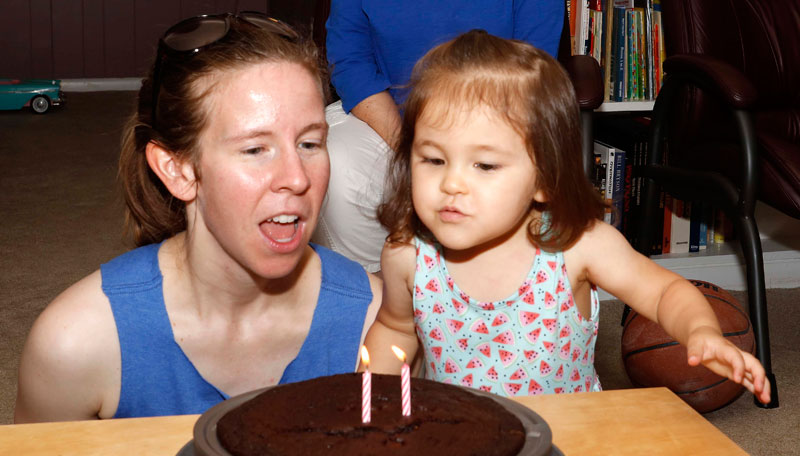