Random Thoughts About the Internet

In its current iteration, I think the Internet has a net negative effect on humanity. This wasn't always the case -- I miss the early days of the World Wide Web when its naive potential was not overshadowed by monetary value. The Internet was weird because people are weird and there was plenty of unique content to stumble across even within a fairly limited number of sites. You could connect with strangers through homepages, forums, and chatrooms and form all sorts of relationships without any pre-existing connection other than a shared interest.

Now that the Internet is well-established and over-populated, SEO, advertising, and eyeballs and clicks are the name of the game. Individuality has gone away. There is still a vast trove of information out there, but it's hard to discover it all when everything is curated by the biggest providers. Getting noticed requires gaming the system or being the loudest voice in a sea of other loud voices, reducing the overall level of discourse.

An example of this can be seen on a site like Reddit, where a small "subreddit" of people with a common interest can connect and converse. Once the number of subscribers crosses a certain threshold, posts start to devolve from interesting topics that spur discussion towards cheap memes that aim to get the maximum number of upvotes with as little effort as possible. To a lesser extent, you can see it in MMOs, where the best friendships were fostered in the 90s and early 2000s. When I start an MMO these days, I no longer have the patience to invest in making new friends or joining a new guild. After a brief flirtation with all of the soloable content in the MMO itself, I generally end up switching games to keep playing with the gaming friends I already have.

One paradoxical area where the Internet is having a negative effect is creativity. It's a well-known fact that everything artistic has already been done by someone else before. With the Internet, it's much easier to find this prior art and much harder to carve out your own space and not get dismissed as a copycat. I used to write a column on the URI! Zone called Newsday Tuesday where I would mock current events or news articles. Towards the tail end of those columns, it was getting to the point where any clever joke I might think up independently was already trending on Twitter from a late-night talk show host or found in the comments section of the real article. I'm glad I came of age as a composer in yesteryear, because I would probably be too intimidated to put myself out there today.

The Internet today weaponizes a massive push towards homogeneity, where the "right" answer is the one most broadly promoted, not necessarily the correct one or the one most people agree with. Social brigading has never been easier, as it just takes a well-written sob story to raise a fleeting sense of outrage in a pitchfork-wielding mob. I remember reading blogs years ago where any popular author could play the victim and instantly have a well-meaning, misguided pack of readers ready to defend them (this social interplay has been on my list of topics to blog about since 2004 but I'm lazy). Nowadays at scale, all it takes is a single-misguided tweet and thousands of people are up in arms and ready to vilify someone or some business. Is the conflict grounded in truth? No one has the time or inclination to do the research! 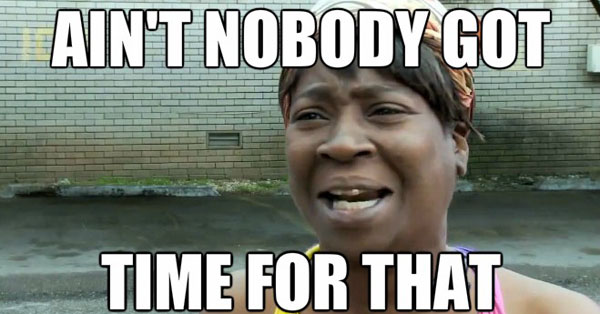