There's no real update today because I spent yesterday recovering from the devastation of the almost-tornado-based lightning surge that decimated my computer zone. Maia helped figure out what needed replacement. 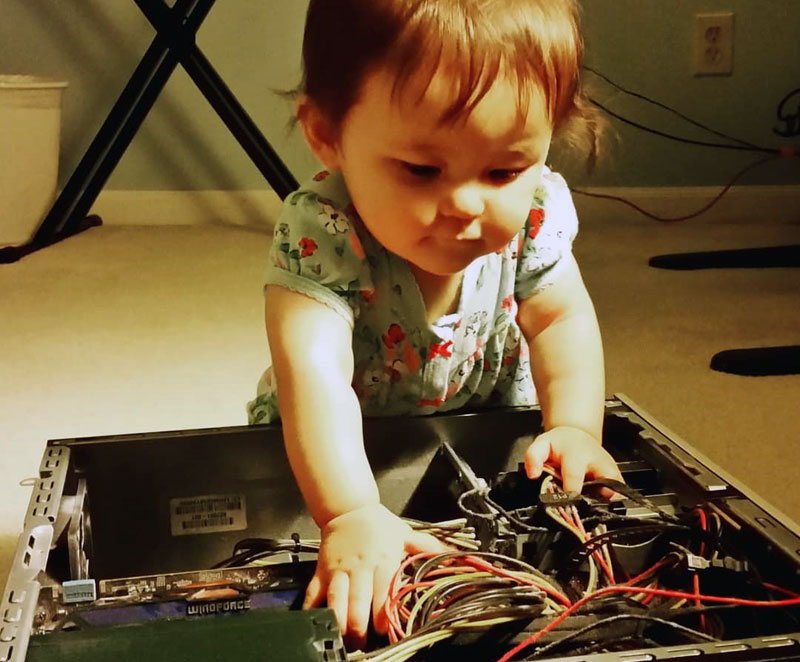 Internet was out for 19 hours and we had power brownouts for 3 hours on Tuesday morning. The $200 router, already weakened by a spilled Belgian beer in February, gave its last gasp and needed to be replaced. Also, the $200 Geforce GTX 960 peculiarly failed as well though I have no idea how it got surged but nothing around it died. It is now replaced with a Geforce GTX 1050 Ti.