Booty the cat was born on October 25, 2002 and adopted by me at a Tallahassee adoption fair in March 2003. As a half-Siamese mutt, she had giant ears and a night-splitting wail, and loved to do tricks like climbing up window screens or playing fetch with a piece of string. 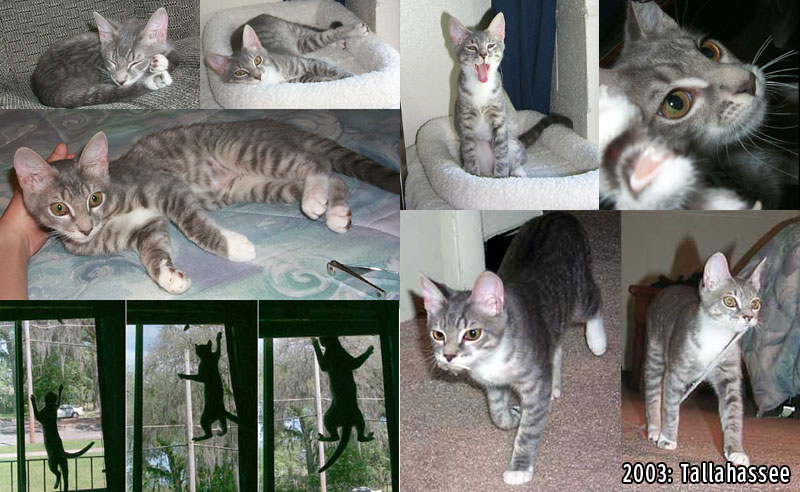 After I graduated from grad school and moved back to Virginia, she joined forces with Kitty, who taught her important life lessons like how to be fat.

In 2004, she became the Master of the House at Hanford Court, tolerating her housemate, Amber, while hating an endless train of temporary cats, including Leia, Oliver, Kitty, Sydney, Lake, Titan, and Sydney again. She also didn't much care for babies unless they were old enough to feed her. 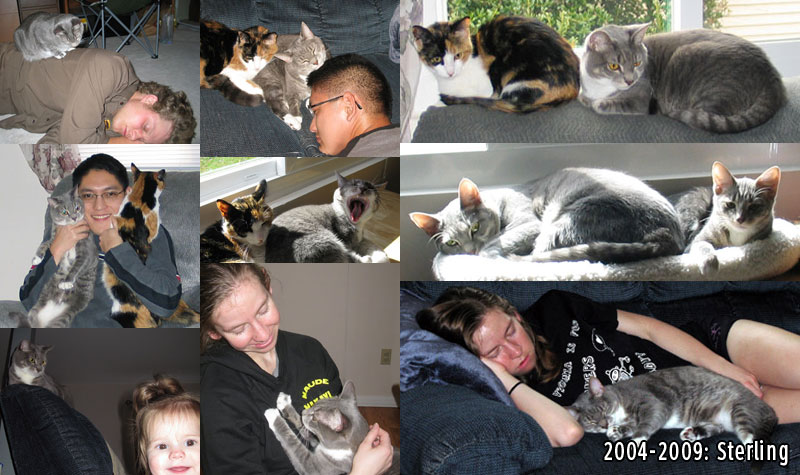 She took to Rebecca pretty quickly, which is good because I ended up marrying her. Rebecca enjoyed falling asleep on the couch, as did Booty, and the two of them bonded over this shared hobby. 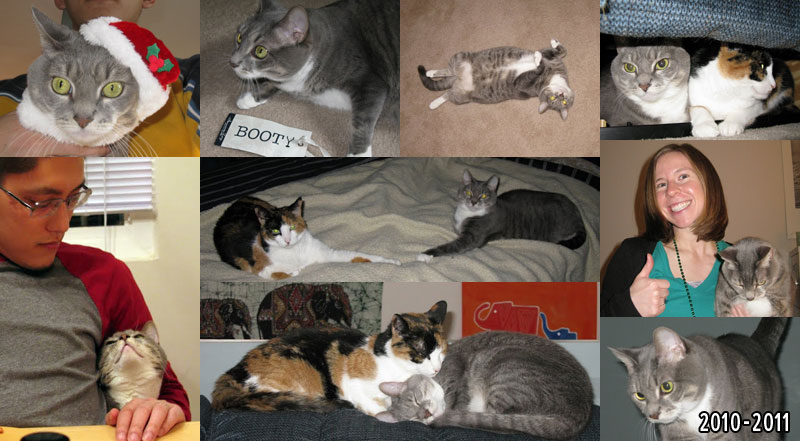 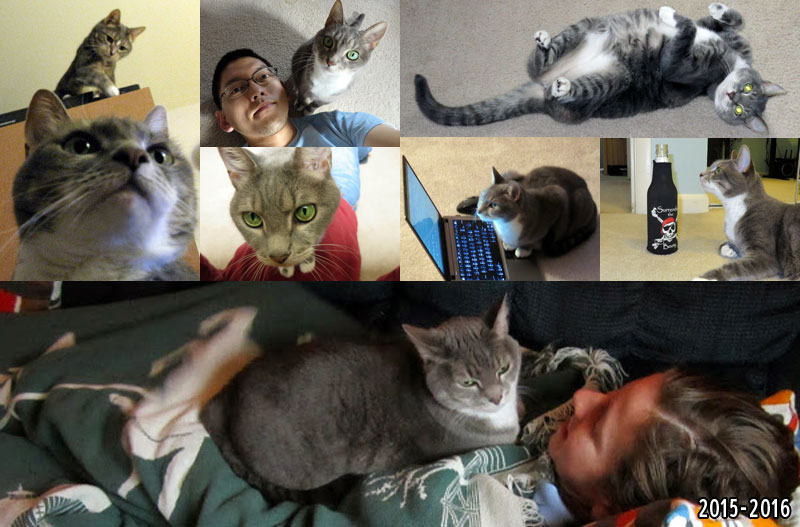 Besides eating, looking forward to eating, or digesting after having eaten, Booty's favourite activity was to join someone in a nap on the couch, getting up close and personal, forcing air out of their lungs like a feral paperweight, and purring loudly in their face. 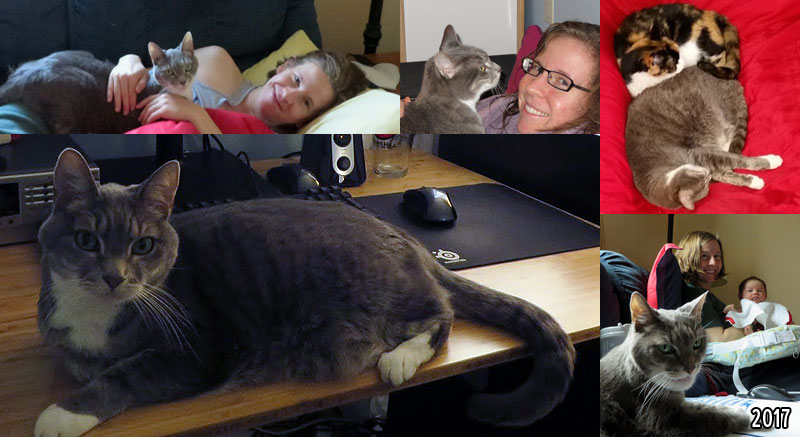 This past spring, Booty started having a sporadic pain in her jaw that would cause her to suddenly jump up from a pose of repose and run around smacking her lips. By the time we had gotten back from the hospital with Maia, it had blossomed into a large bony mass giving her the appearance of Jay Leno. $800 worth of tests later, we learned that (a) it was a tumor, (b) it had not yet spread to any organs, and (c) we could pay thousands of dollars to surgically remove the tumor... along with her jaw... which would then require the installation of a stomach feeding tube... all without any guarantee of survival or maintaining quality of life. 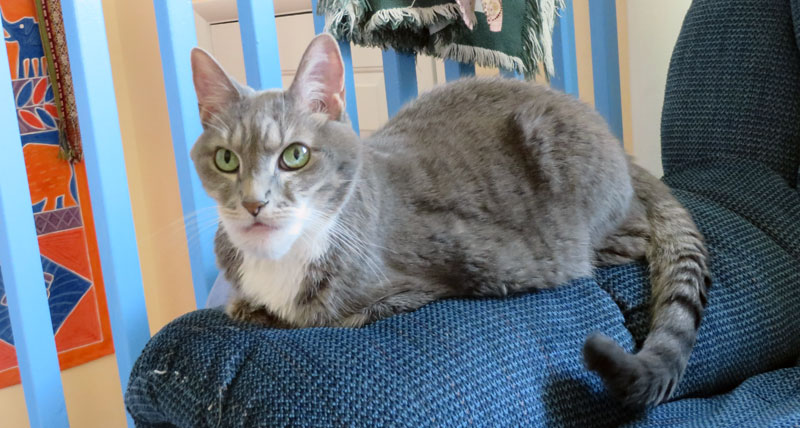 We opted instead to just keep her comfortable and happy for however much longer we could. And, in fact, she lasted another month before the tumor reached the point where she couldn't close her mouth completely and couldn't stick her tongue out far enough to eat without lots of help.

On Sunday, we had her euthanized at home through Wholistic Paws (who were absolutely wonderful). We buried her in the backyard behind the shed and had a brief millisecond of silence before fleeing the devouring woodland mosquitos.

Thanks for being my dependable constant for 14 great years, Booty. We will all miss you!