Being a Maine Coon, Kitty was a super intelligent cat, implicitly understanding things like when a squirrel runs out of view of the back patio door, it will eventually reappear on the front porch. Anna taught her to sit, speak, and almost roll over, and she could also sing for her dinner:

Because of this hyper-intelligence, Kitty was bored of normal cat life and stupid humans, and she demonstrated this throughout life by destroying all of our mouse wires (remember when mice had wires?) and peeing on everyone's carpets. I used to buy mice in bulk packages, knowing that we'd go through several in a year. 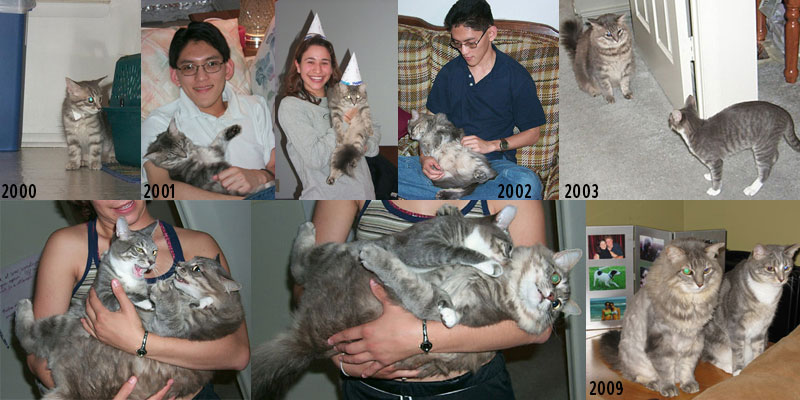 Kitty eventually moved in with Anna and the ineluctable Sydney in 2005. We eventually discovered that being allowed to go outside eliminated all of her boredom and pee issues. She turned into a backyard / forest cat (depending on the locale) and ruled over the local fauna like a shaggy Disney princess. She finished out her final year in Fredericksburg with a giant backyard to pee in, surrounded by four kids with whom she was enduringly patient. 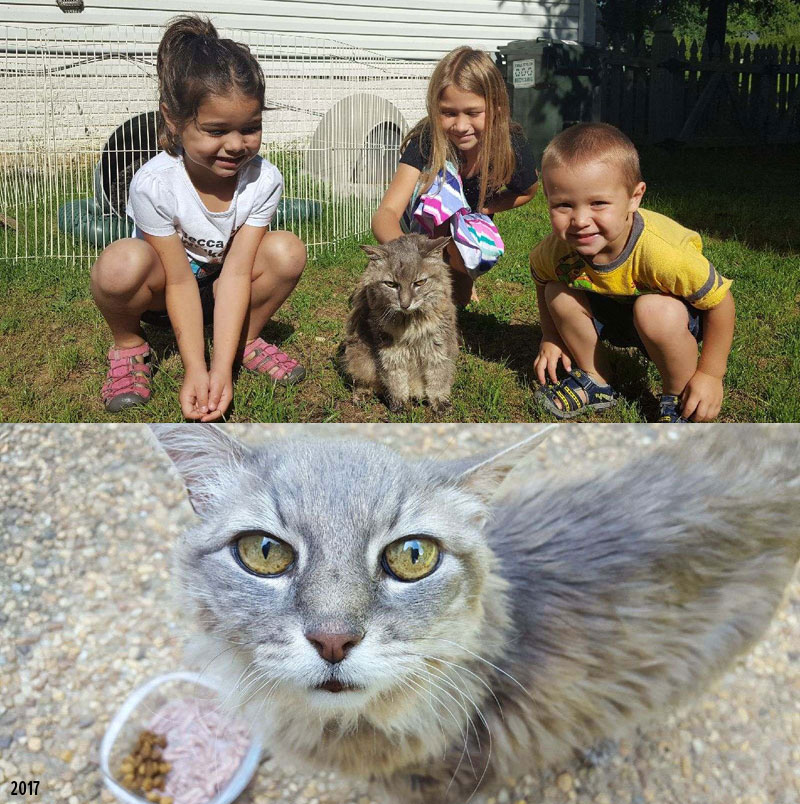