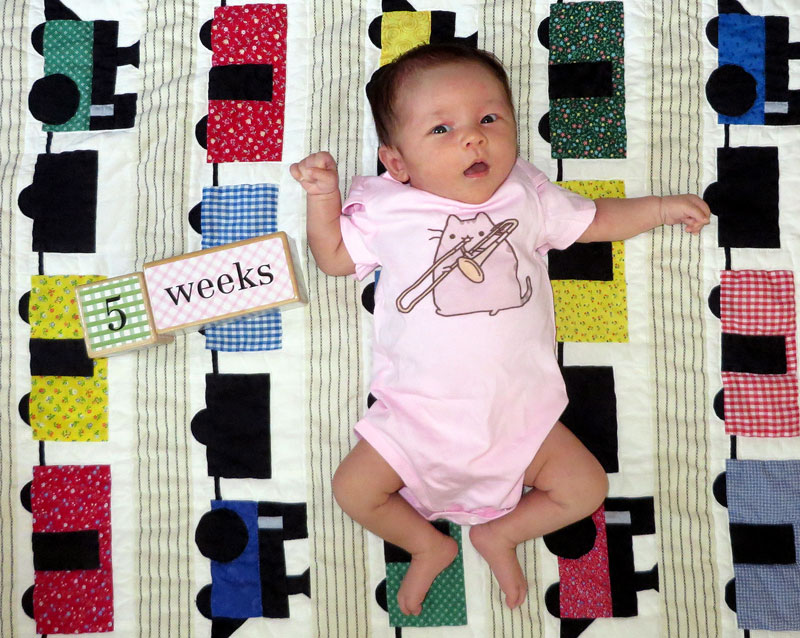 Maia just had another growth spurt, during which we were up at all hours walking with her or trying to get her to sleep without employing any wrestling moves. I use the enforced up-time to work on the Paravia Wiki, reread books by Philip Pullman (the good ones, not His Dark Materials), watch the first season of Rake, and resurrect the 3DS that has been in a dusty box for over 3 years.

I've been trying to get back onto a regular sleep schedule so I can return to work next week and am doing pretty impressively, with an average of 8 hours in any given day. I also get fewer "sleep deprivation dreams" which are like macabre stress dreams that go on and on in the same venue and with the same characters for the entire sleep cycle.

When Maia does end up sleeping, she sometimes falls asleep to me humming the Bluebells of Scotland on repeat, although eventually I tire of it and end up humming miscellaneous interval etudes in all of the major scales instead. She has not yet spoken any words, but will be fluent in Australian accents based on all of the Australian hip-hop I listen to in the background (currently listening to Nosebleed Section by the Hilltop Hoods).

In terms of marketable skills, she can now reach for, grab, and pull a wooden ring if we position her directly below it, which means she will have career possibilities as the conductor on an old-timey train. She also stretches like a traditional cartoon character with arms over her head in an impressive gymnast's bridge pose. To counterbalance these elite skills, she excels at spitting up while lying on her back, forcing us to spelunk the many folds of her neck (the zone known as Neck Folds Five) with a warm washcloth so we don't end up with "the smelly kid".

Here is a picture of Maia looking up at her favourite dad on the couch. It looks like she's in a very uncomfortable position, because those are the only positions she enjoys contorting her body into. 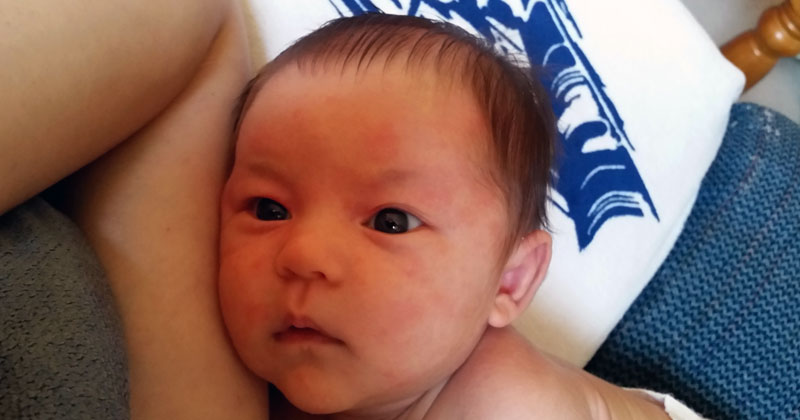